The pull of the White-tailed Plover at Blacktoft Sands RSPB (see here) proved too much and after a family orientated Bank Holiday weekend I was off. Leaving home at 04:15 I made good progress on the quiet roads and by 07:55 was pulling into the car park at the reserve. I walked straight to the Xerox Hide where the White-tailed Plover was immediately on show. I watched the bird for a couple of hours with around 50 odd other birders coming and going from the hide. I headed for home at 10:00 and was back by 14:15 pleased with a successful twitch.

Present at Blacktoft RSPB since 26th August and on occasions showing very well but at times going missing behind reed covered islands. It, or another bird, was seen at Stodmarsh NNR in Kent on 2nd June (see here) but only remained a short while before being chased off by the local breeding Lapwing. Today, as has often been the case, the bird was showing well from the Xerox Hide (it has been seen from other hides on the reserve) where it fed amongst the local waders mainly on floating mats of vegetation (possibly Tassleweed (Rupia) Sp.) rather than on the open areas of mud. However, it didn't look entirely at home in the muddy lagoon and its legs and bill were often coated with wet mud. This is an adult bird and as a result its plumage is rather scruffy and worn. My eBird list for the morning can be seen here.

Assuming this is the same bird as in Stodmarsh this would be the 7th British record and the first since 2010 with previous records being: 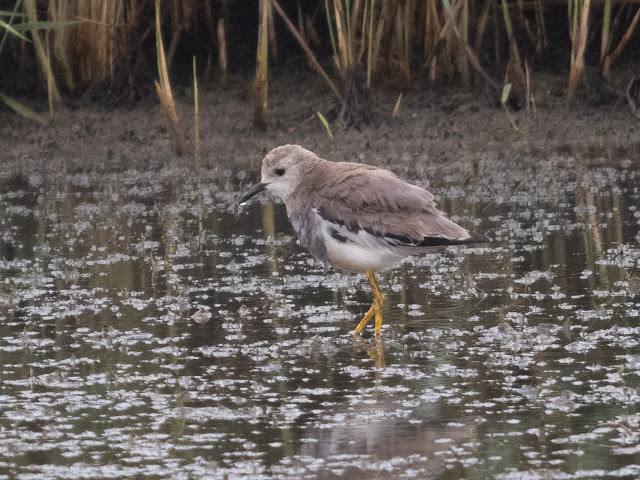 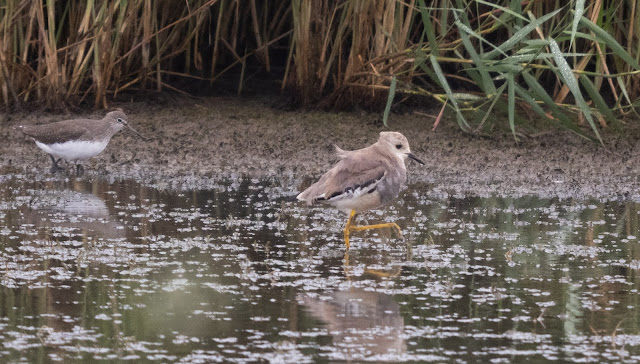