After a few days of twitching I returned to my familiar birding habits this weekend and headed to Pennington and Keyhaven Nature Reserve on 4th, as a change to birding the Pennington area I opted for the Normandy and Oxey area. After dropping my son at Saturday school club I parked on Normandy Lane and spent the first couple of hours at Normandy Lagoon mainly scanning the gathered waders. The highlight here was a juvenile Curlew Sandpiper which showed well as it fed along the southern shore of the lagoon. Also here were good numbers of Dunlin and Ringed Plover and eight Greenshank. 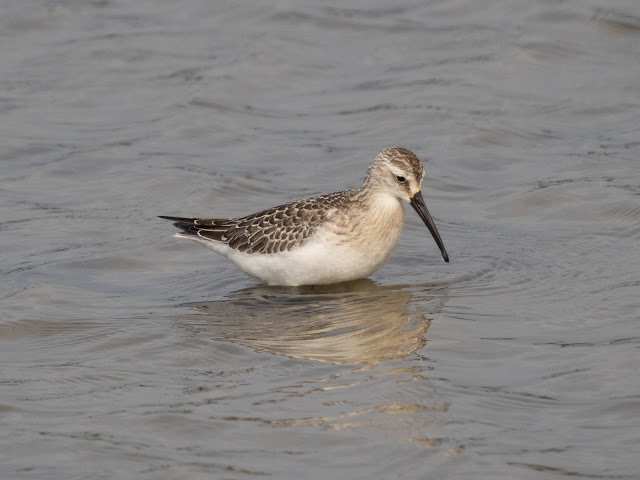 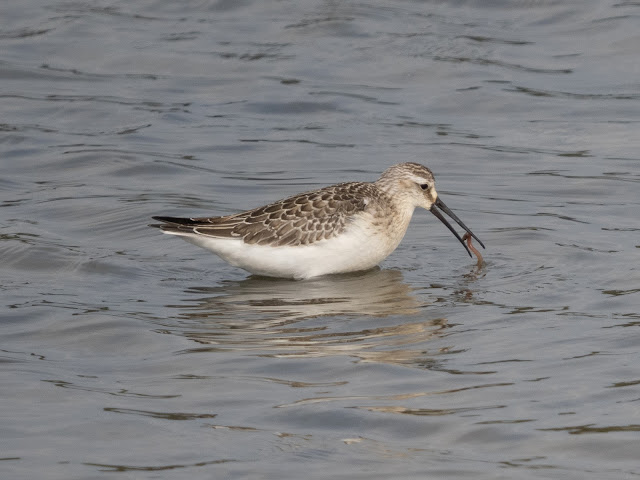 I then headed west along the seawall scanning the bushes in the hope for a Wryneck or Whinchat but with no luck. There has been a substantial influx of Wryneck into the UK during the recent easterly air flow and with the abundance of suitable habitat I was reasonably hopeful of finding one - obviously overly optimistic on this occasion. I stood at the point scanning the sea and bushes seeing little but there was a steady passage of Sand Martin and Swallow moving east along the coast and a Kingfisher showed well. My eBird checklist for the morning can be seen here. 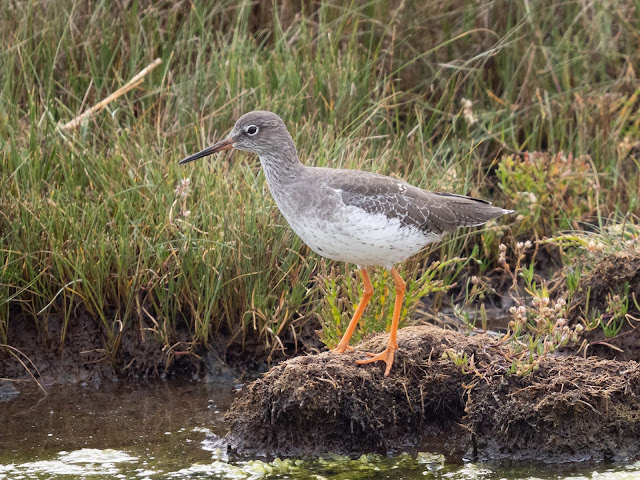 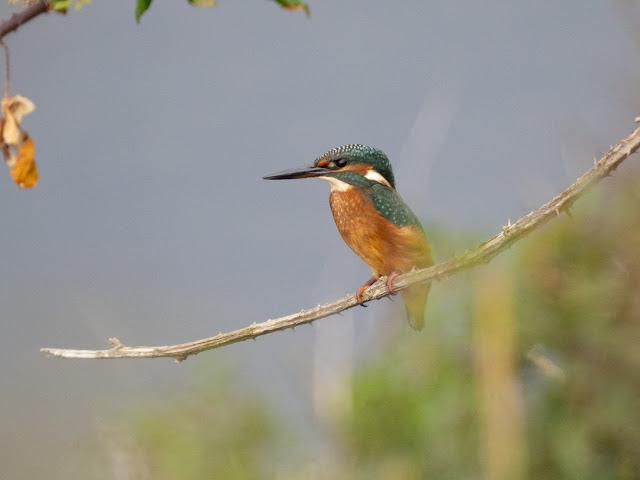 On Sunday 5th I decided to head to Salterns Shore, near to Hillhead, Fareham where a White-winged Black Tern has been present for a couple of days feeding offshore with the large mixed tern flock. I have been fairly sceptical about a number of claims of this bird, although in no doubt the bird is present, I do think that there are a number of overly optimistic claims of this bird at distance. When news came through this AM of it still being present I headed off from home but on arriving at site there was some degree of scepticism about the validity of todays claim. Still, I spent around 1.5 hours scanning and year ticked Black Tern. The beach front was crowded in the 26c heat and I beat a hasty retreat as the standard of intellect in the questions from the public aimed at the gathered birders reached rock bottom; the inane yelling by dogwalkers haunted me as I drove back to the relative tranquility of Romsey. My eBird checklist for the morning can be seen here.