First seen on 21st November, a 1st year Crag Martin settled at Kingsdown, Deal, Kent proved too much of a temptation come the weekend of 29th November. The bird has been commuting between Kingsdown and Samphire Hoe a distance of some 7.6 miles. Generally speaking, it has settled into a routine of roosting at Kingsdown before heading to Samphire Hoe and although there is variation to this pattern the bird appeared to be fairly reliable in its daily pattern.  I was up at 03:15 and by 07:15 was on site waiting for the light to increase on the chalk cliffs at Kingsdown. At around 07:45 the Crag Martin appeared flying around the cliff face and soon settled on a flint projecting from the chalk. I watched the bird with the small group of gathered birders while it stretched, preened and watched for passing insects, its long scythe-like wings the most noticeable feature of this rather plain looking Martin. After around 10 minutes it gave a few calls, took flight and disappeared over the cliff top. Satisfied, I decided to head for home where early season Christmas tree decorating was on the cards.

To the end of 2018 there had been 11 accepted British records of Crag Martin the first being as recently as 1988. Of these, only three have stayed for more than one day and the previous longest staying bird was at Chesterfield, Derbyshire in 2015 which stayed for 12 days from 8th to 19th November. Still present on 1st December the current bird has a fair chance of breaking the previous long staying record. A second bird seen on 19th November 2020 in Kirkwall, Orkney appears to be a different bird to the current bird.

With winter upon us I have been busy completing the first tranche of winter bird surveys at work. A visit to Warblington to the east of Portsmouth on 17th November produced a nice flock of four Cattle Egret feeding in coastal grassland with 17 Little Egret. The Cattle Egret consisted of two adult birds and two juveniles and I suspected that they were a family unit. My eBird list for the morning can be viewed here. 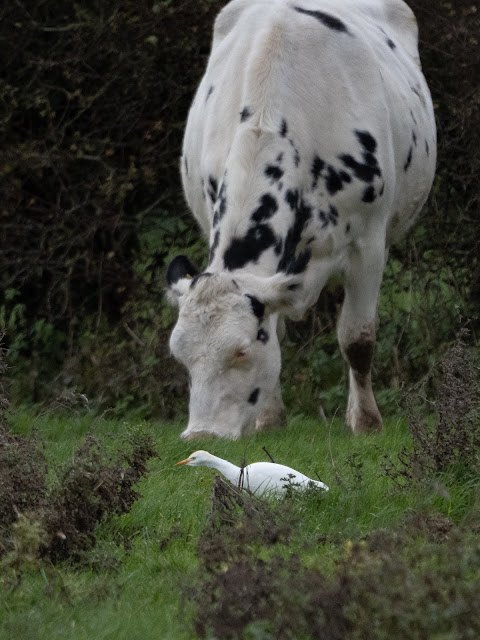 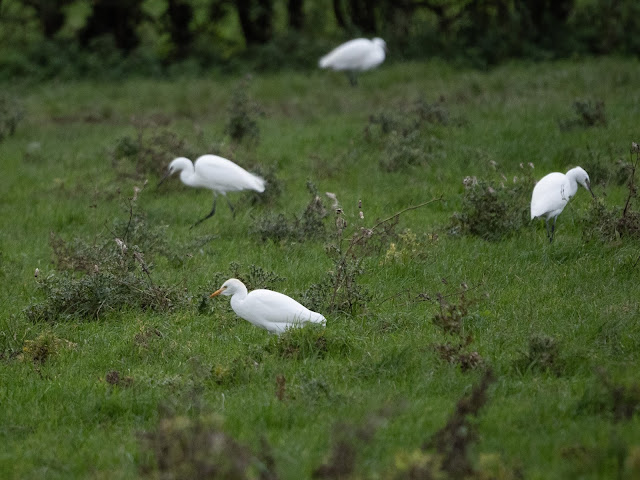 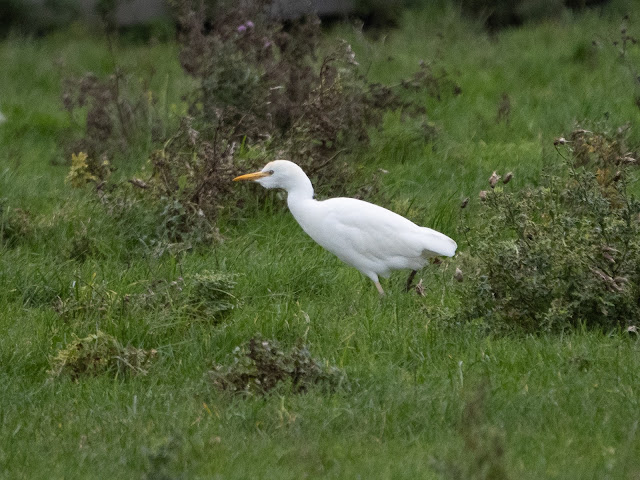 Cattle Egret - Warblington, Hampshire
After a bird survey in Dorset on 18th November I popped to nearby Portland for a juvenile Rose-coloured Starling at Easton. The bird has been present since 3rd September when it was seen in the south of Portland but has since settled with the large Common Starling flock at Channel View Road, Easton. My eBird list for the site can be viewed here. 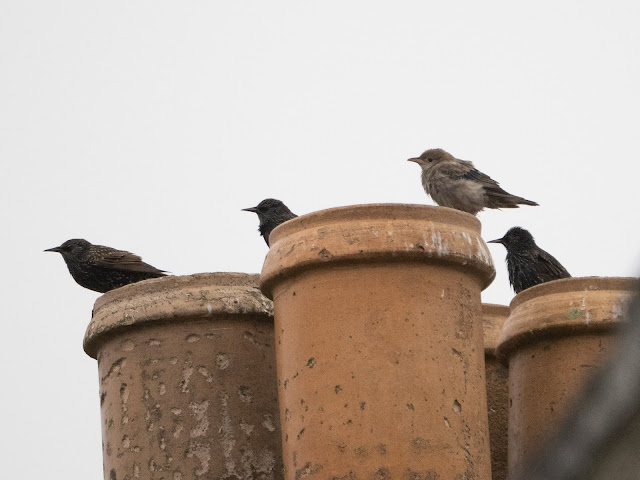 Rose-coloured Starling with Common Starling - Channel View Road, Easton, Portland
I then made a brief stop at Ferrybridge where a scan of the harbour produced two Great Northern Diver.  At Ferrybridge the small flock of Dark-bellied Brent Goose held the long staying Pale-bellied Brent Goose and Black Brant. But most remarkable was the large flock of 1,600 Mediterranean Gull loafing on the mudflats as the tide fell, a large proportion of these birds were adult. My eBird list for the harbour and ferry bridge are here and here. 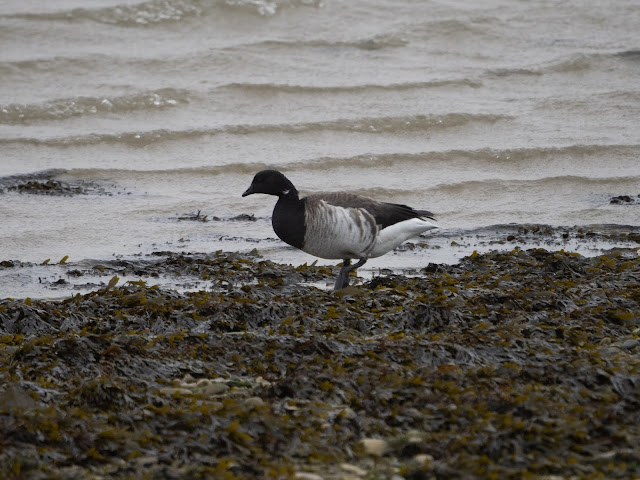 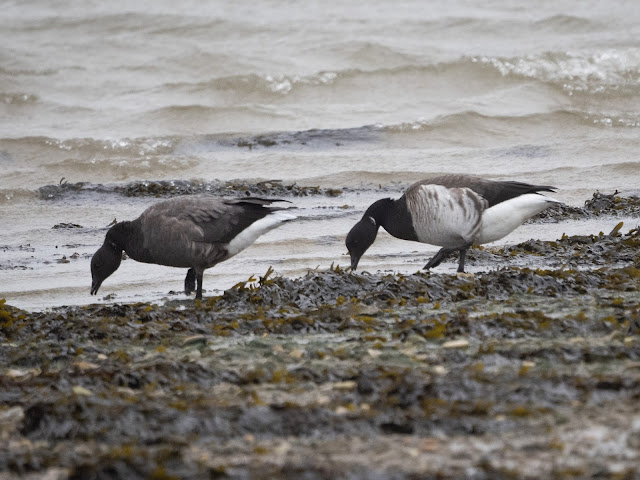 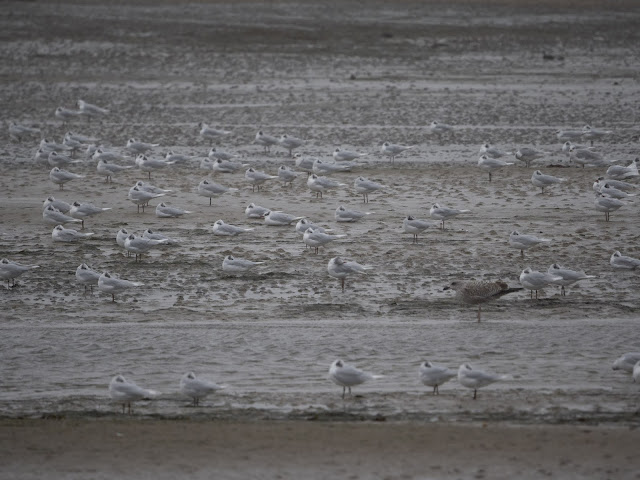