I frequently go through a season and then realise that I have just missed the flight season of a species that I particularly wanted to go and see, so in an attempt to avoid that happening I have been compiling some tables showing activity periods of certain species. I have posted Butterflies and Clearwing moths to the blog and aim to post Odonata and Orchids fairly soon. You can click on each table for a higher resolution image.

Butterflies
I have presented the Butterfly flight periods as two tables. For each species the light green shows the full flight period with the dark green indicating the peak of the flight period. Note that this will vary depending on the weather in any given year and geographical location. The first table shows species in alphabetical order. The second table shows the species organised by season (spring and summer) in accordance with the peak in the flight season for each, this is perhaps the most useful table. Note that I have only included resident species here and not migrants. 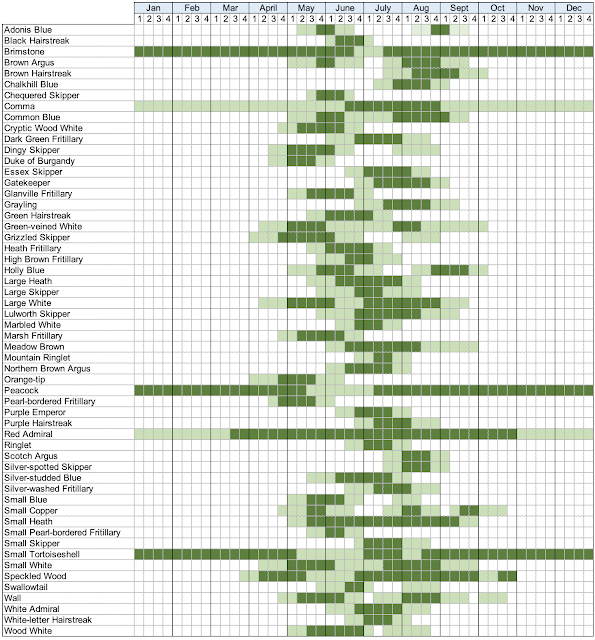 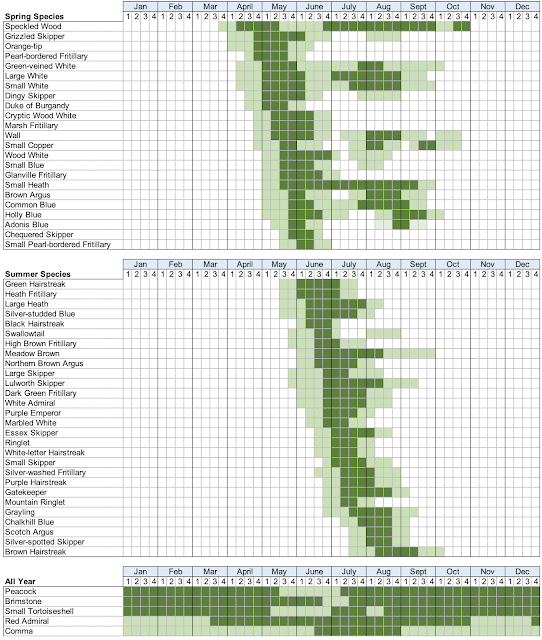 Clearwings
This table shows the flight period of the British Clearwing moths. The flight periods given are taken from the 3rd edition of Paul Warings 'Field Guide to the Moths of Great Britain and Ireland', I have found this not entirely accurate when discussing the flight periods of Clearwings and so the table is a guide only. I have also provided additional details on foodplants, habitats, approximate distribution and pheromone lures used to attract each species. 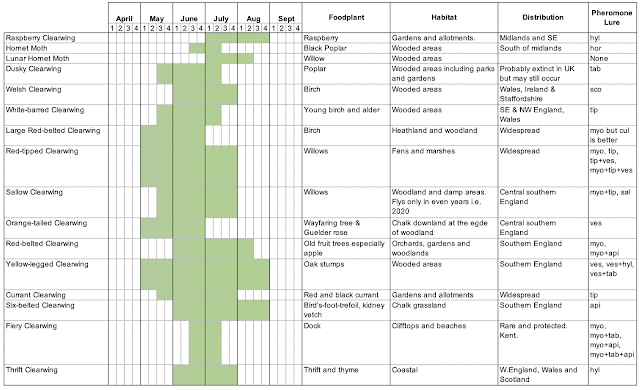