Sarah and I spent a family weekend in the spa town of Cheltenham on the edge of the Cotwolds in Gloucestershire. Cheltenham is a fantastic town and one of most conspicuous residents are the Herring Gulls and Lesser Black-backed Gulls that nest on the roof tops. At the time of our visit the gulls were just settling back to their roof top nest sites and there was a great deal of long-calling and squabbling as territories are established and pair bonds formed or reignited. 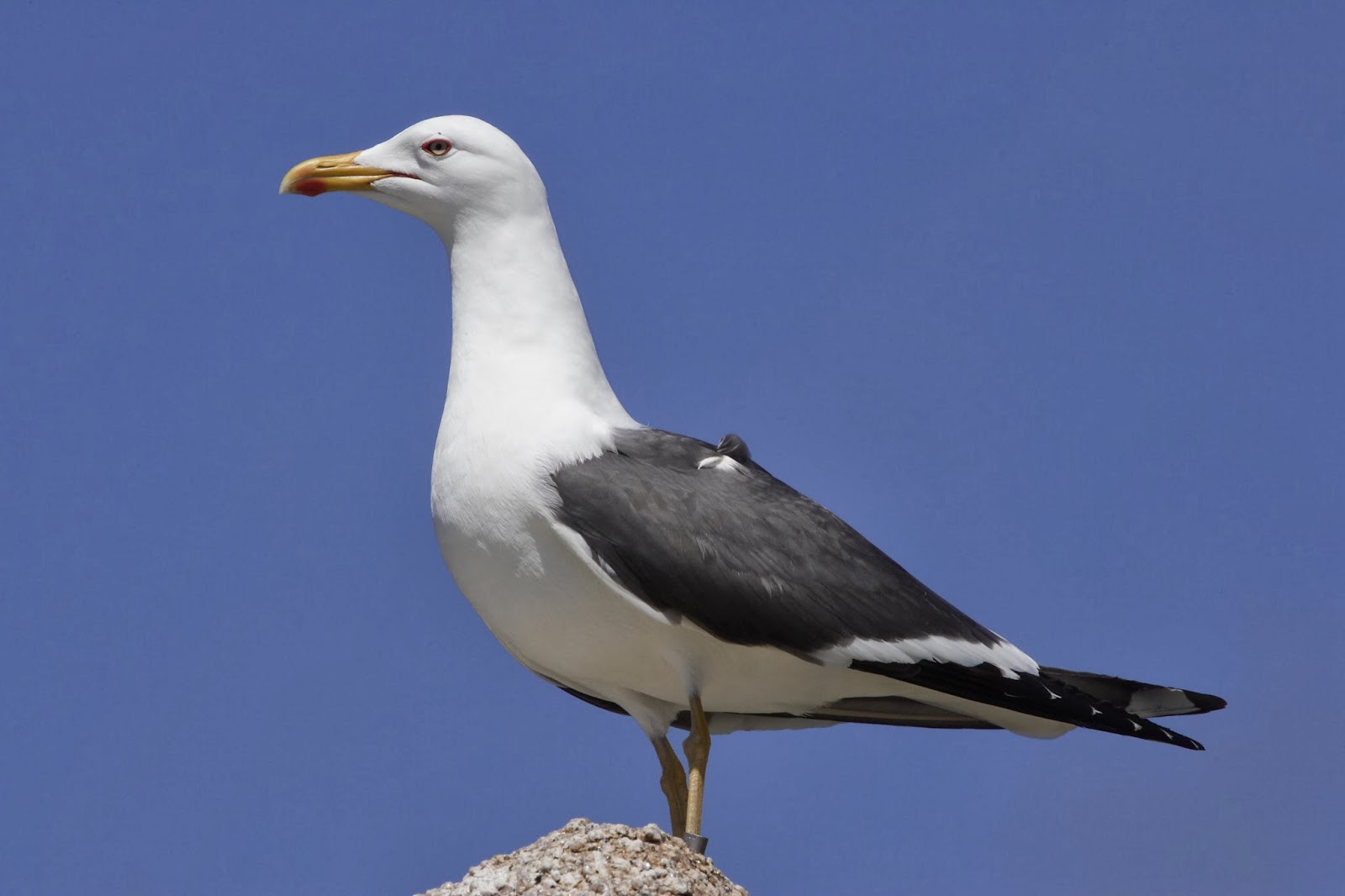 The colonisation by nesting gulls of our towns and cities is a relatively recent phenomenon. During the 1930’s onwards populations of gulls increased as a result of many factors but was primarily related to an increase in food supplies and, in the 1950’s, when changes in The Clean Air Act 1956 meant a change in landfill practices resulting in the covering rather than burning of waste resulting in the creation of an abundant food source. Gulls were able to respond to this increase in food availability and populations rapidly increased. Colonies on the coast were quickly outgrown and colonisation of urban areas began. By the early 1970’s urban nesting gulls were a national phenomenon and towns and cities now support populations of urban gulls ranging from a few pairs to colonies of national significance. Cities offer gulls, amongst other things, a ready supply of food, safety from predators and limitless nesting sites and as a result breeding performance is often higher than at more traditional colonies which has resulted in disparity between the performance of colonies with urban ones increasing while traditional colonies are declining.
Posted by Simon Colenutt at 17:30

One of the most popular birds of this winter has been a Yellow-rumped Warbler which has frequented bird feeders at High Shincliffe, Durham. While a little far for me to travel for a bird that I have seen many times before I cannot help but feel an inner tug to jump in a car to drive to see this bird - American Wood Warblers are fantastic birds regardless of how many one has seen.

There are 30 records of Yellow-rumped Warbler, with the only form confirmed as occurring in the UK (and indeed Europe) being Myrtle Warbler. However, of these many have occurred on off islands with Cape Clear and the Isles of Scilly accounting for half of the records to date.

The cracking photograph below taken by Martyn Sidwell shows many of the distinctive features of this species, including a hint of the yellow rump and breast breast side which distinguish it from all similar species.

There are two 'groups' of Yellow-rumped Warbler, Audobon's Warbler breeds within the south-western USA while Myrtle Warbler is the northern equivalent. Within Audobon's there are three races while the Myrtle group contains two races. These two groups were once split but are now generally considered to represent a single species, with Audobon's being a short distance migrant or sedentary (depending on race) while the Myrtle is a long distance migrant and hence more prone to vagrancy  Male and female Audobon's are readily distinguished from Myrtle by their bright yellow throats which in Myrtle is off white to white. However, first winter birds such as that at High Shincliffe are more subtle with Myrtle having a more extensive pale throat wrapping around the ear coverts (as can be seen in the above photograph) and a more heavily streaked breast.
Posted by Simon Colenutt at 19:23

After a long spell without a post mainly due to the arrival of Sarah and my son, Tobias, in April 2013 the current wintering Red-flanked Bluetail at Marshfield, Gloucestershire was such a beauty that it inspired a post and hopefully a revival of this blog.

After a pre-dawn start I arrived at a beautiful Cotswold valley to the north of Marshfield on the Wiltshire/Gloucestershire border and followed the path east alongside the Broadmead Brook. Within a short while of arriving at the location where the bird is wintering I glimpsed a Robin like bird and was soon watching this stunning eastern chat at close range and with no other birders in sight. Over the next two hours I watched the bird sheltering within its favoured Hawthorn bush and feeding on the ground in the sunshine. Interestingly the bird was in near constant subsong, examples of Red-flanked Blutail calls and songs can be found here on the Xeno-canto website as well as a range map. 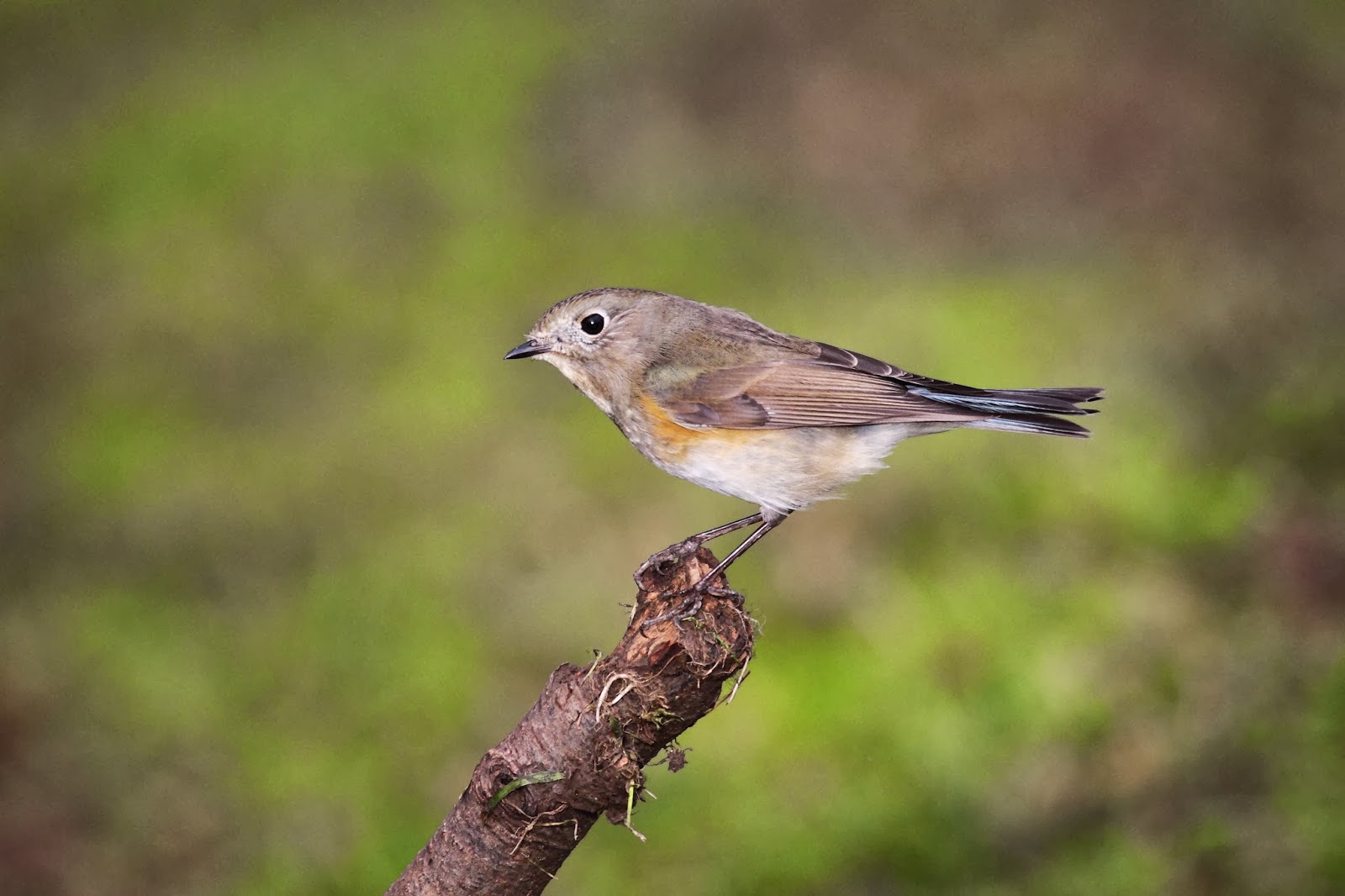 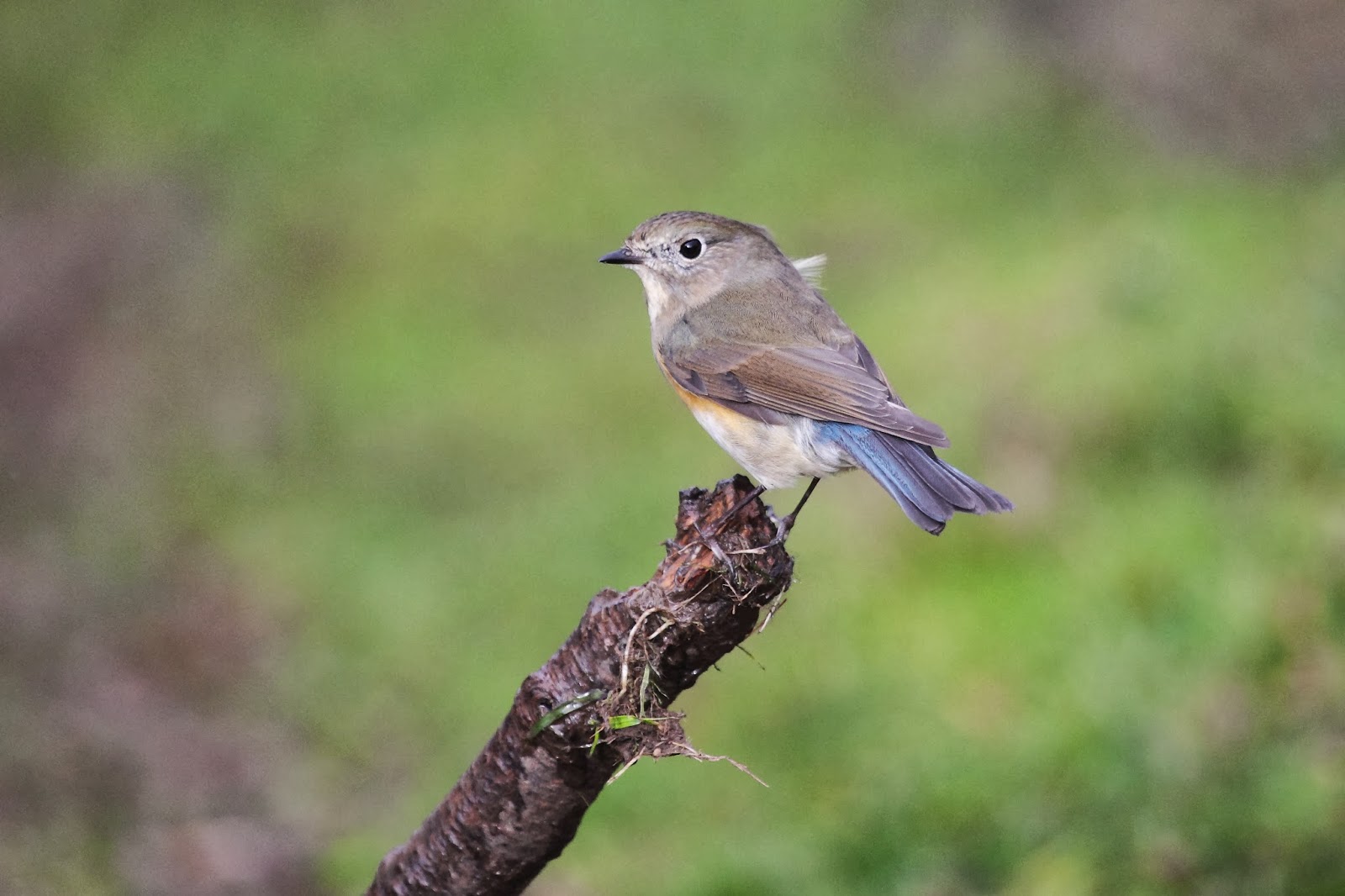 The bird has been present since the 3rd February and, with this its 13th day, the longest staying Red-flanked Bluetail in the UK ever, the previous longest staying bird being that at Spurn, Yorkshire from 17th to 27th October 2009. To the end of 2012 there have been a total of 118 accepted records in the UK with this being the first wintering individual. The species is well known for going from near mythical status to a scarce but to be expected autumn drift species with records surging since the mid-1990's. Prior to 1990 there were just 12 records from 1900 to 1989, while since 1990 there have been 106 records peaking at 32 records in 2010. This change in status has been largely attributed to an westward spread in the breeding range but may also be linked to a change in the distribution of wintering birds associated with eastern spread in breeding birds.
Posted by Simon Colenutt at 16:08