My second attempt for the Belted Kingfisher which had been present in the area since 8th November ranging between Brockholes Lancashire Wildlife Trust Reserve, Withnell Fold and from 20th December at the current site on the River Darwen. I first visited on 21st December but failed to see the bird. Today, I set off from Cowley in the Cotswolds at 04:30 and was at the parking spot within the village of Roach Bridge at 06:45. I sat in the dark in my car for a while and then a few birders passed with torches so I got my kit together and headed to the view point over the River Darwen at 07:15 and still in the dark. I got a good spot overlooking the river and waited for the light to rise. More and more birders joined the few gathered birders and eventually all the front row spaces overlooking the river were taken, the next contingent of birders began to line up behind. Eventually there were around 200 birders and as the sun began to rise the birds began calling and eventually the distant rattle of the Belted Kingfisher joined the chorus at around 08:15. To my left a birder picked the bird up perched high in an Ash tree and after a clamour trying to get to a position to view the bird a birder to my right picked the bird up in his scope and eventually let me have a quick look. Sods law, for me the bird was behind a nearby Ivy clad Oak but after a bit of shuffling and adjusting of the tripod legs I was able to see the bird. It was perched surprisingly high above the river almost in the canopy of an Ash and could be seen distantly but well as it bobbed its head and raised its tail.  Over the next hour or so the bird moved between the original trees and then to closer trees where it was difficult to see behind the dense scrub as it perched in trees over the river, eventually it perched in the open and I managed to get a clear view through the trees with a smaller scrum of birders albeit that I was perched on the very edge of a very muddy and slippery slope. Here I managed by best views of this fabulous bird as it perched more or less in the open and back to us. After 15 minutes or so of watching the bird here it flew down river and I decided to head for home at around 09:30. The traffic was thick on the M6 driving south but I was eventually back home at Cowley by 12:45.

There have been five records of this species in Britain and four in Ireland as follows: 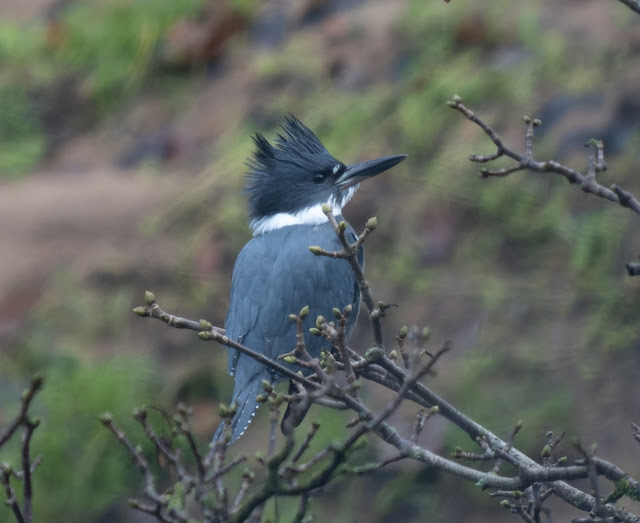 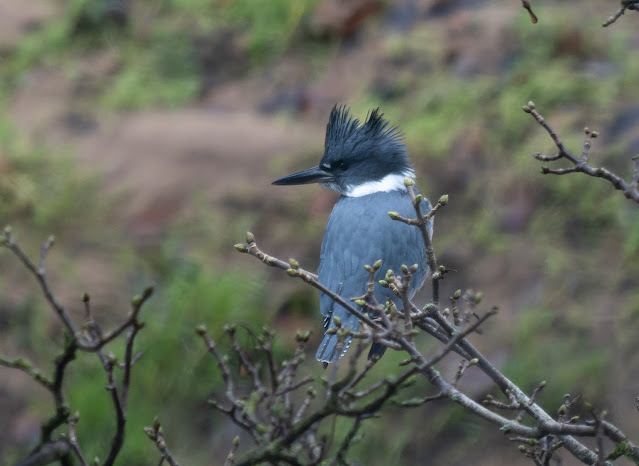