I headed to Pagham this morning for a Red-backed Shrike that had been present in the Halsey's Farm and North Wall area since 5th September. After school drop-off I arrived on site at 08:40 and parked at the end of Church Lane and walked out onto the seawall. I was midway along the wall when the heavens opened and I got soaked. In the fields to the north of the seawall Yellow Wagtail and Cattle Egret accompanied the grazing cows - the latter having bred locally this year. I reached the end of the seawall where the shrike has been frequenting but it was still raining and I was not especially hopeful of seeing the bird immediately. I 'pished' in the bushes and saw Sedge Warbler and Reed Warbler and roving flocks of tit produced Lesser Whitethroat and Garden Warbler. Eventually the sun began to break and bird activity began to increase, I wandered away from the shrike viewing spot  to see if it could be seen from a different angle but soon, the three gathered birders began waving and it was evident that the shrike was back in its usual spot. I short but fast walk and I was watching the first winter Red-backed Shrike back in its favoured spot and showing well. It was evidently hunting dragonflies and it was not long before it caught a male Migrant Hawker which was quickly consumed. It was time to head back to the car. My eBird checklist for the morning can be seen here.

On my return back west to Romsey I stopped briefly at the paddocks at Northey on Hayling Island where Pied Flycatcher have been seen recently, this is supposedly one of the most reliable autumn sites for the species in Hampshire but I had no luck in a very quick look. My eBird checklist can be seen here. 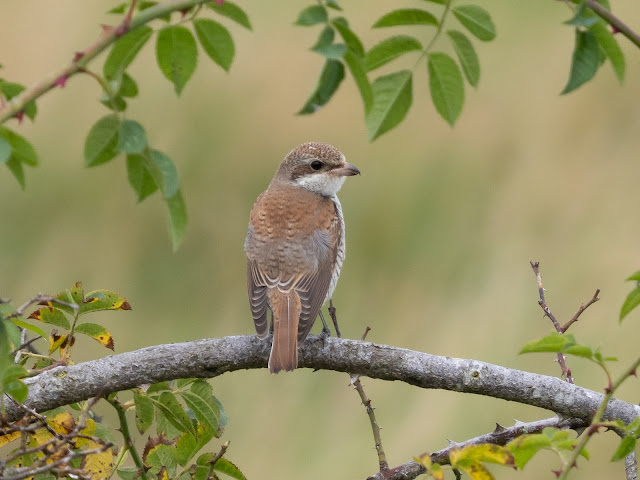 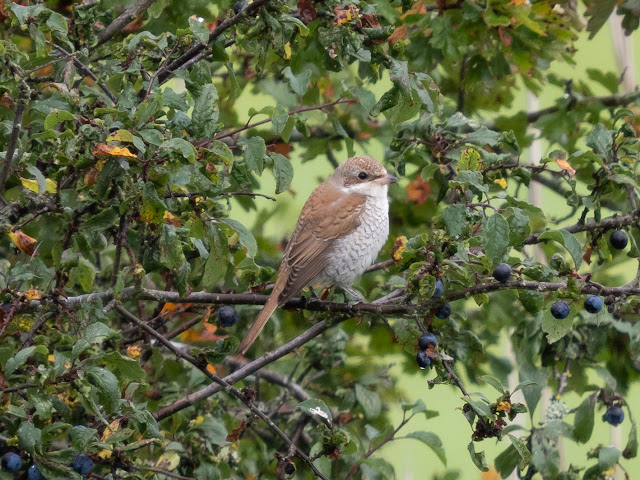 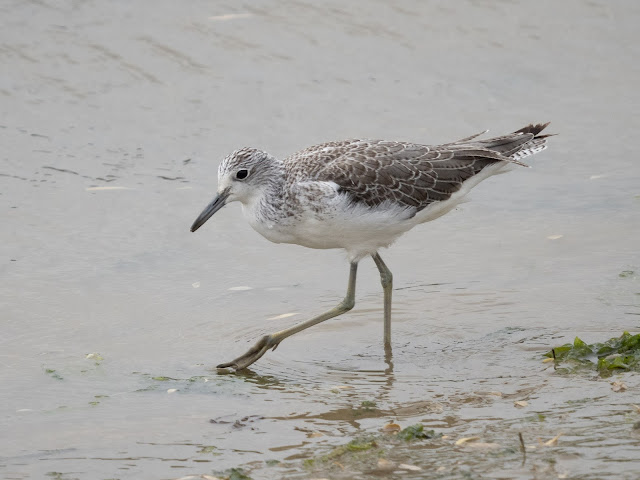 Greenshank, this juvenile bird has a noticeably short bill which is evidently still growing - Pagham Harbour
Posted by Simon Colenutt at 20:12