A male Eurasian Penduline-tit had been present on the small wetland at Plock Court, Longford since 16th December and with a long break at our cottage in Cowley over the festive period I was keen to pop by and see this bird. Bearing a ring, it was ringed on the 28/10/17 on Alderney, Channel Islands as a first-calendar year female, see here. On my arrival at Plock Court the bird was skulking in the Greater Reedmace (these are not Phragmites or Reeds as most of the birders on site were stating) and I had fleeting glimpses before the bird flew to a new patch of Reedmace and showed well often associating with a male Stonechat. The bird then flew to the boundary hedgerow and showed well in the gloomy conditions for the next 30 minutes or so. This male is remarkably close to Horsbere Flood Alleviation where two males spent much of January and February 2016, these birds were the second and third birds recorded in Gloucestershire. The habitat at Plock Court is very limited in extent and it will be interesting to see how long this bird sticks. 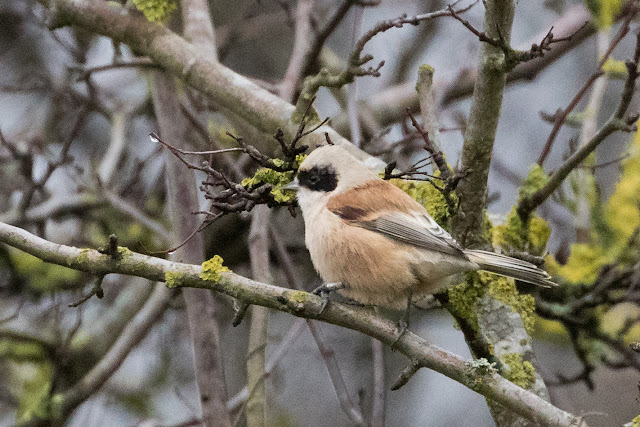 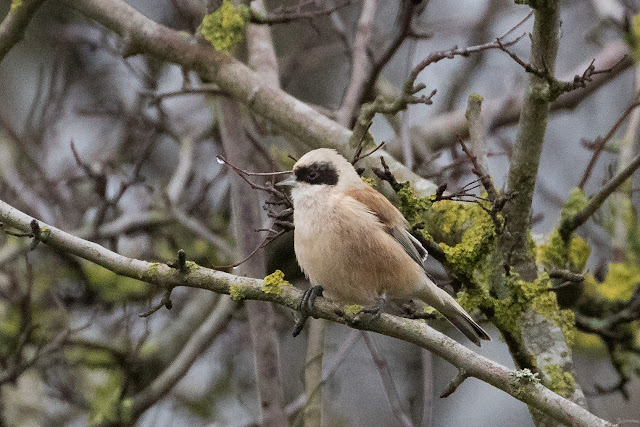 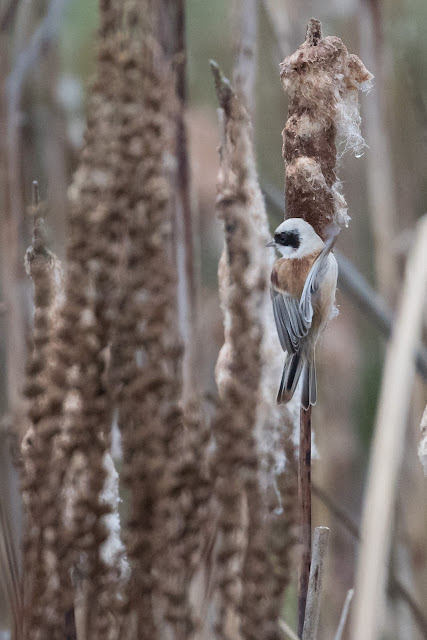 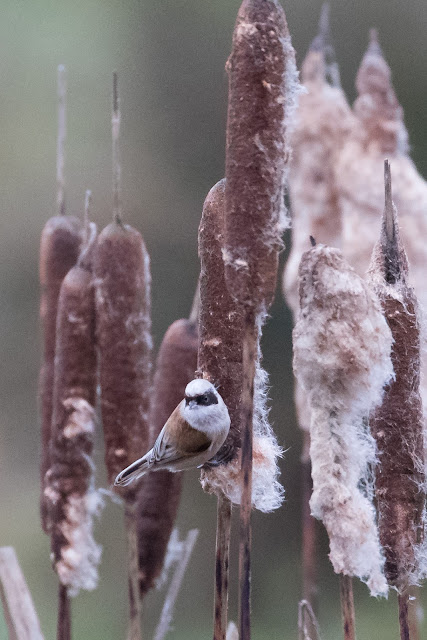 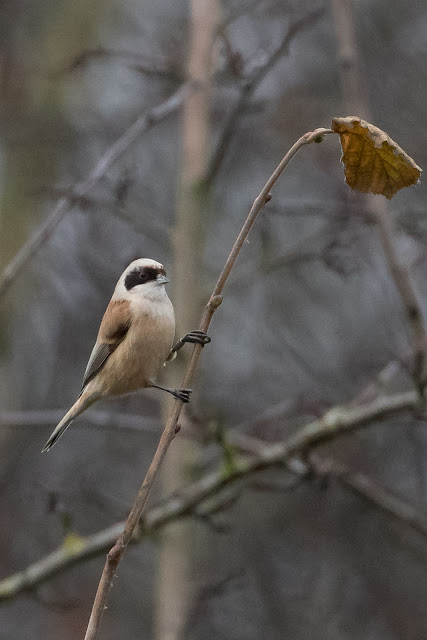 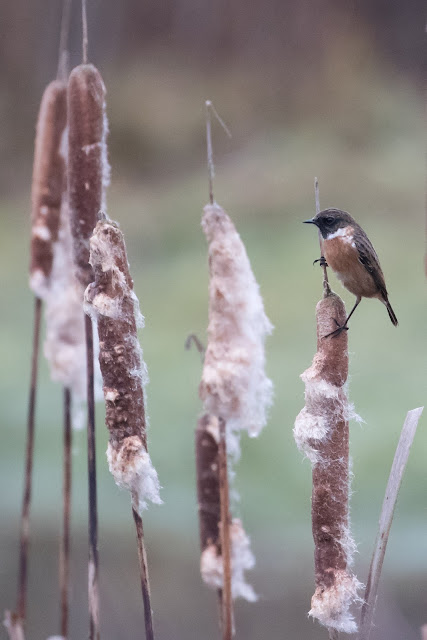 The Eurasian Penduline-tit often associated with this male Stonechat
Posted by Simon Colenutt at 09:33