First found on 19th November a Barred Warbler had been showing very well at Titchfield Haven but I had not had the time to visit this bird having been tied up with work since my return from India. Today I had a spare couple of hours and so took the opportunity to visit the bird. After a short while it showed well feeding on Cotoneaster berries at the rear of the visitor centre. The bird looked rather tatty and perhaps not in the best of health, probably because it should be in Kenya now and not on the English south coast! While the bird is being reported widely as a 1st winter this bird is actually an adult bird based on its moult sequencing (Trevor Codlin per comm). This was the last day the bird was seen and I suspect it may well have succumbed. 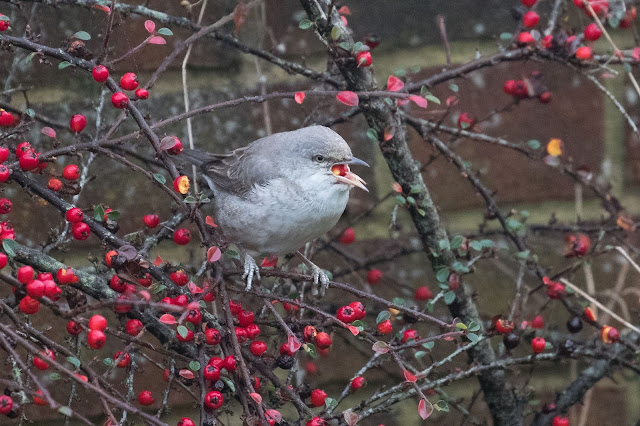 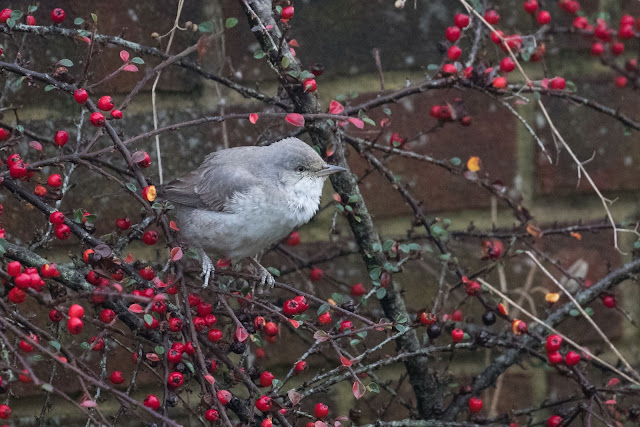 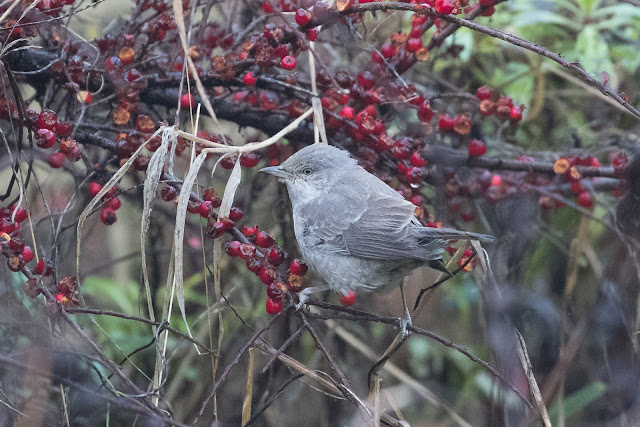 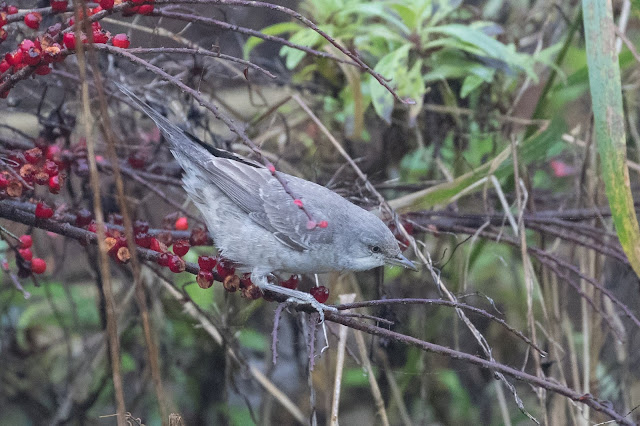 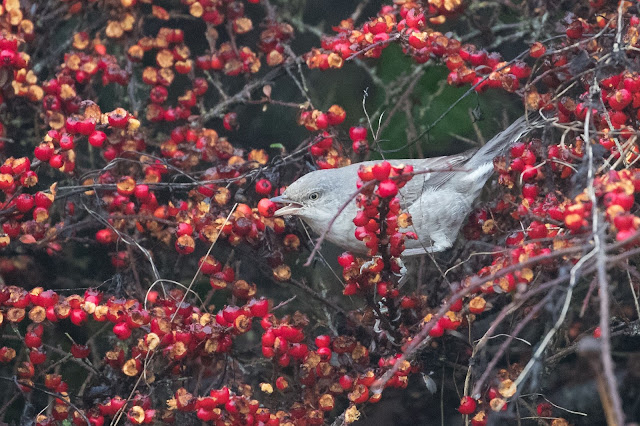 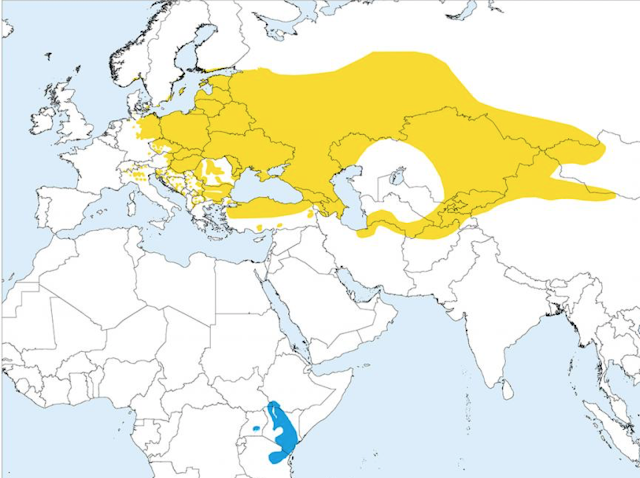 Breeding (yellow) and winter range of Barred Warbler from HBW Alive
Posted by Simon Colenutt at 15:48