We had a week at our cottage in Cowley, Cheltenham and I could'nt resist a naughty twitch to Tenby to see the Walrus that had taken up residence on the lifeboat slipway. First seen on Valentia Island, County Kerry, Southern Ireland on 14th March,  it then appeared at Tenby on 27th March after being seen at various locations in SW Wales including St. Govan's Head, Saundersfoot and Monkstone Point. The animal regular hauls out onto the ramp of the lifeboat station but today I spent a pleasant couple of hours watching this beast of an animal feeding close in shore just off the lifeboat station. The animal was diving frequently for periods of approximately five minutes before spending a minute or two on the surface before diving once more - apparently there is a high abundance of Razorclams in the bay and presumably the animal is feeding on these. 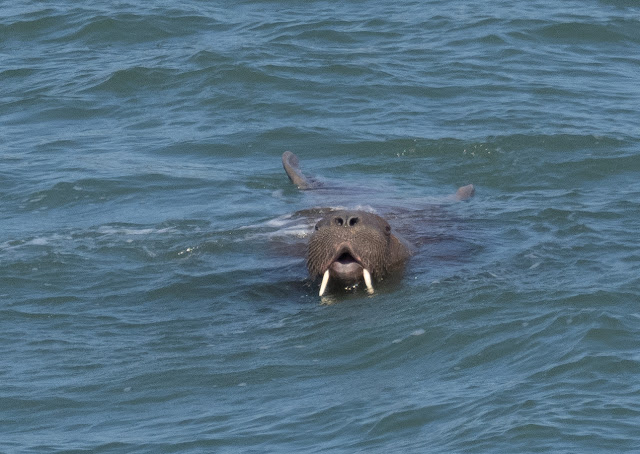 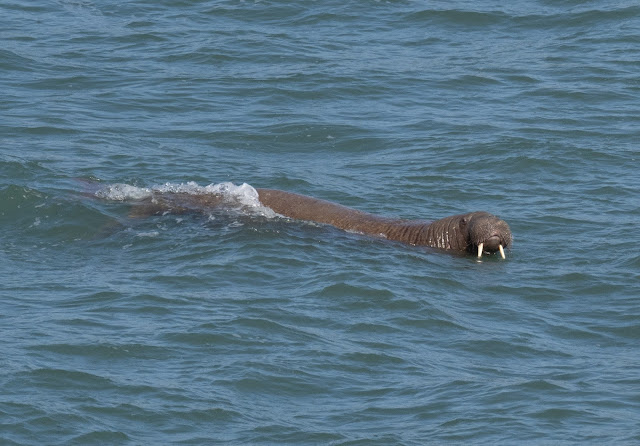 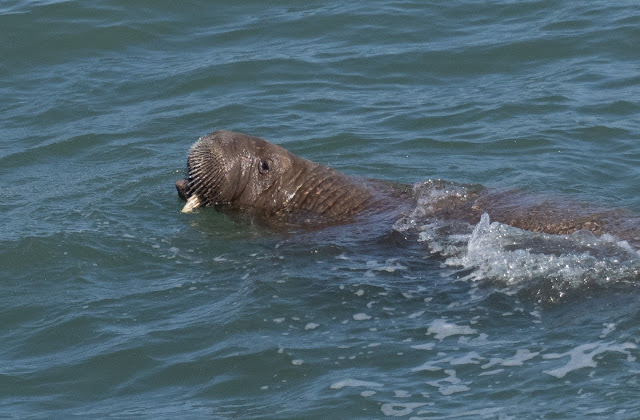