After dropping Tobias at school I paid a breif visit to Pennington Marsh mainly to see the Grey Phalarope that had been present since 26th October on Oxey Lagoon and two Cattle Egret that were found yesterday. Arriving at the car park at the bottom of Lower Pennington Lane I quickly located one of the two Cattle Egret preening on the north edge of Efford Lagoon. After a short while this single bird flew east and joined the second bird feeding around cattle on the campsite to the north of the Lower Pennington Lane carpark. I then headed to the coast hearing a Brambling fly over and a couple of Redpoll. At the coast there were good numbers of Brent Goose, Wigeon, Grey Plover, Dunlin and Knot while to sea there were 12 Great-crested Grebe and six Eider. At Oxey Lagoon the Grey Phalarope showed well in the morning sun as it fed in the western corner of the lagoon and I watched this bird for around 45 minutes. In the scrub along the edge of the lagoon were four vocal Dartford Warbler and a Firecrest - the latter is a scarce bird at Pennington. 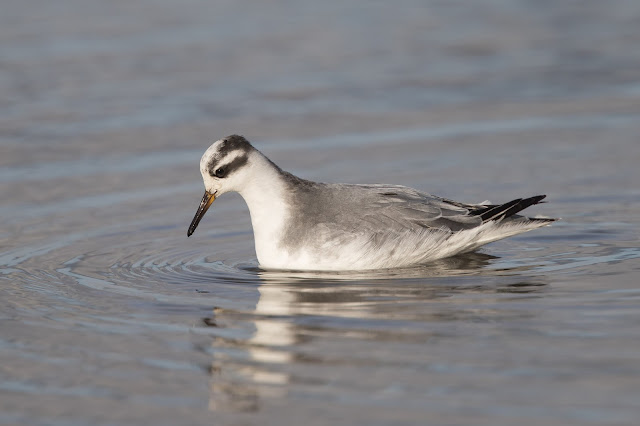 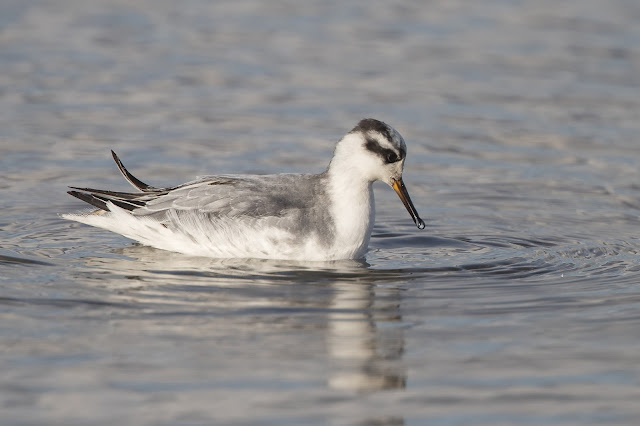 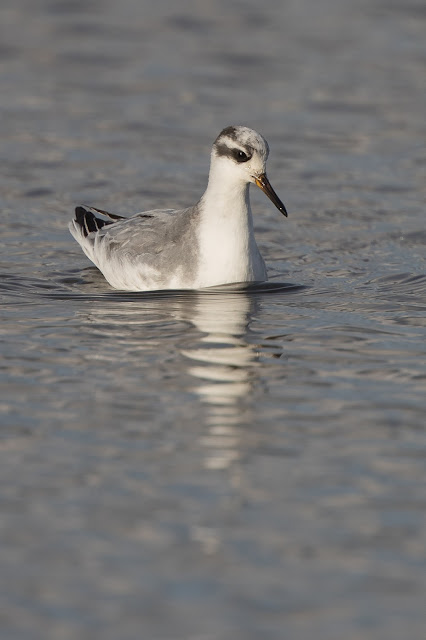 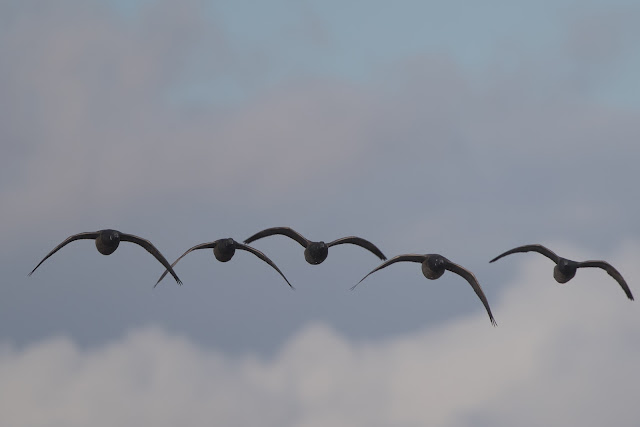 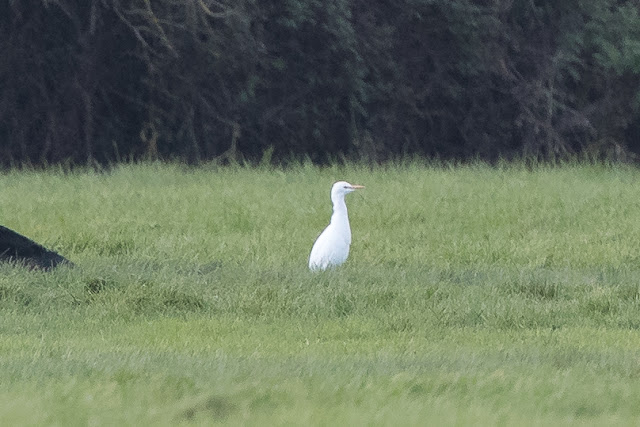 Distant shot of one of the Cattle Egret - Lower Pennington Lane, Pennington Marsh

It was a beautiful still day and so I took my sound recording kit with me, here are a mixed flock of Wigeon recorded on Pennington Lagoon with the guttural female calls shown on the sonogram as vertical broadband lines and the evocative male 'wheeoo' calls shown as large inverted 'V's.

This is a recording of one of the Dartford Warbler I saw today. The recording is a substantial length of song while the sonogram shows a short sample of the same song. This was a singing male interacting with two immature birds so various calls can be heard in the recording. The sonogram conveys the scratchy sound of the song with occasional upward, downward and near constant frequency notes thrown in.

Finally, this is the Firecrest at Oxey Lagoon with various seeping calls and a single uprising contact call.