My final day today and I awoke to a strong wind once again with a F5-6 SW blowing, my hopes were not high and after packing my bags and checking out I headed into the field. I began the day at Wester Quarff where the only bird of note was a Yellow-browed Warbler. I then headed to Hoswick and back to Swinster Burn in the hope that it might be a little sheltered but the wind had increased to a F7-8 and the bushes thrashed around wildly. I had only walked a short distance when news of a White's Thrush broke at Lerwick, the bird was noted as being elusive and I questioned whether to go. I wandered a little way onwards and then realised that I was just thinking about White's Thrush and not actually birding so I headed back to the car and drove back north to Lerwick. The bird was in the bushes at the back of the school but had recently been seen flying to the bushes on the shore of Loch Clickimin. Birders milled around and scanned under the bushes with thermal cameras but there was no sign. After some time, and almost over my head the bird flew from the loch shore and returned to the original bushes to the NW of the school. Over the next 10 minutes or so the bird flew back and forth from these bushes to the loch shore and I obtained rather poor flight views. The rain started to set in and I decided to make my way slowly south for my 16:00 flight. I stopped in the hide at Loch Spiggie but it was so windy that it was not possible to look out of the viewing slots for any length of time. I then headed to the Pool of Virkie but the tide was largely high and I saw nothing to speak of. A stop at Scord produced a Great Northern Diver offshore and then it was time to head to the airport. My 16:00 flight eventually left at around 16:30, it was almost impossible to stand in the wind as we walked from the airport terminal to the plane and we were lucky to be taking off. I had a very narrow 50 minute connection time in Aberdeen but fortunately the departure to Heathrow was delayed and I made the flight with ease and I was a little surprised and relived when my bags appeared. I was home by 22:15 after a fantastic week on the islands with some really great birds seen. 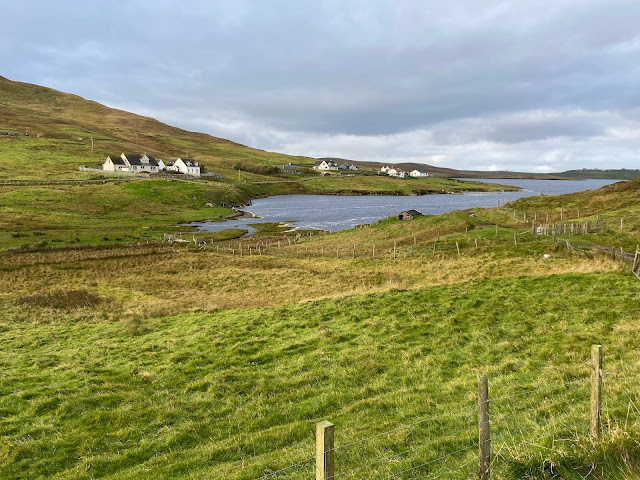 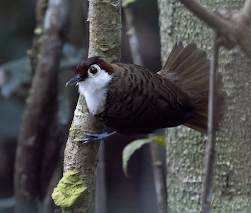