On Friday 20th May I had a breeding bird survey to carry out in Westergate, Sussex so after finishing at around 08:30 I popped to Hayling Island for an hour or so birding around the Oysterbeds in the north of the island. There wasn't a great deal to be seen but I enjoyed good numbers of Mediterranean Gull and close views of Common Tern amongst the 200-300 pairs of nesting Black-headed Gull. There were around 30 Sandwich Tern offshore but not a great deal else in the short time I was there.

On 21st May I headed down to Pennington Marsh in fairly poor weather conditions with a strong south-west wind blowing and steady rain. As always at Pennington I felt that there was a chance of something turning up, I wandered out past Shoveler Pools and then cut back to Fishtail Lagoon. I spent some time scanning the flooded grassland/pools at the back of Fishtail Lagoon, there were around 40 Dunlin, one Spoonbill and 25 Swift and five Sand Martin buzzing around. I wandered out to Butts Lagoon, here there were around 200 Dunlin, three Whimbrel and 25 Ringed Plover. The wind was howling and the rain almost horizontal so I moved on west along the seawall passing Keyhaven Lagoon and then heading back along the Ancient Highway. There was relatively little to be seen, my mind turned to breakfast and so I headed home fairly early.

On 22nd I was not up until 08:30 with Tobias jumping on the bed, I had a sore head after a bit of a session last night. My phone buzzed, a message from Simon Ingram, Stilt Sandpiper at Fishtail - f*** - it!! I was there yesterday, did I overlook it? Or had it dropped in due to the rain that persisted for much of yesterday. I downed two mugs of coffee, forced some breakfast into Tobias, hassled Sarah to get a move on (today was meant to be a family day) and we were off for a 'lovely stroll' around Pennington. I slipped in the fact that there was a Stilt Sandpiper at Pennington and the response was 'relax', bloody relax!! A British tick on my patch which I may have overlooked yesterday - no chance of relaxing until I was at Pennington. Anyway, a stressful drive through the New Forest, cars parked everywhere at and eventually we were there overlooking Fishtail. Scope up, some shite directions from someone next to me 'its just left of the reeds', firstly they are not reeds they are rush (Hard Rush) and secondly the whole bloody marsh is dominated by rush. Anyway, I got onto it and there in its finery was a fantastic Stilt Sandpiper, lovely barred plumage, chestnut ear coverts and crown stripe, pale legs, pale rump and a rather gangly appearance. It was a lovely summer plumage bird. We watched it for 30 minutes, Tobias drinking his milk and Sarah hogging the scope. 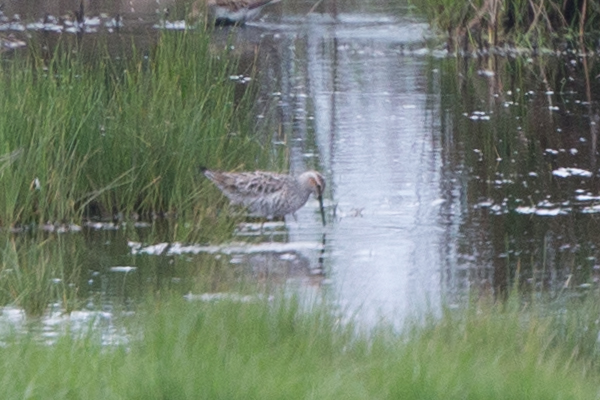 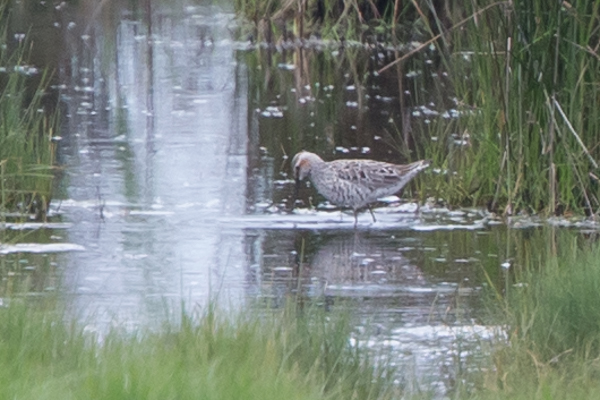 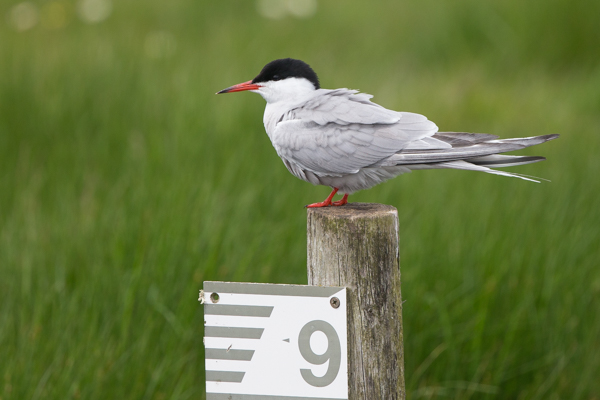 We wandered on past Keyhaven Lagoon, along the Ancient Highway and back to the Stilt Sandpiper for a last look. We hadn't seen much else, 80 Swift, 40 Sand Martin, 11 Great Crested Grebe and that was about it. At the Stilt Sandpiper I hogged the scope this time and enjoyed nice views of the bird even though it was a bit distant for my camera. There was an adult Yellow-legged Gull on Efford Lagoon which was a nice bonus and then we headed off - I was very happy
Posted by Simon Colenutt at 22:26