Introduction
This is my summary of what I consider to be the most exciting records from the UK in September 2014, this is not aimed at being a comprehensive account of all the rare's in the UK in this month, for such accounts see the Birdguides review of the week or the Rare Bird Alert weekly round-up. I am largely writing this as a personal record of UK records and sightings to aid my knowledge and feed my interest in UK bird records. I aim to publish the previous months records in the first week or so of the following month. The photographs that I used have been gleaned from the internet, I aim to provide the photographer with full credit and a link to their website or blog, if you see that one of yours has been used and you object to this then please email me and I will remove it immediately, alternatively if you would like to supply a better image or additional information or links then I will add. Contact me at simon@ecosa.co.uk

Weather
A summary of the weather for September 2014 can be found here.

September 2014
September is traditionally the month where migration picks up and the summer doldrums are truly behind, and so September 2014 proved to be an amazing snap out of a quite August into a mega month for rarities in the UK. The air flow was predominately from the east and thus the birds were dominated by eastern species with a sprinkle of American spice from the 25th onwards, once again Shetland stole the show.

After the early part of the month dropped excellent numbers of scarce drift migrants along the east coast the month really began (almost in its closing hours), in terms of megas, with a Masked Shrike found early on the 21st September along the hedgerow behind Rose Cottage, Kilnsea. The bird showed well at times until the months end. At first the identification of the bird proved a little daunting until the oddities of the pallid plumage tones, dark rump and white primary flash clicked into place. This is the third British record, assuming its acceptance in Britain with the first being at Kilreny, Fife from 29th October to 14th November 2004 and the second being a one day bird on St. Mary's, Isles of Scilly on 1st November 2006. 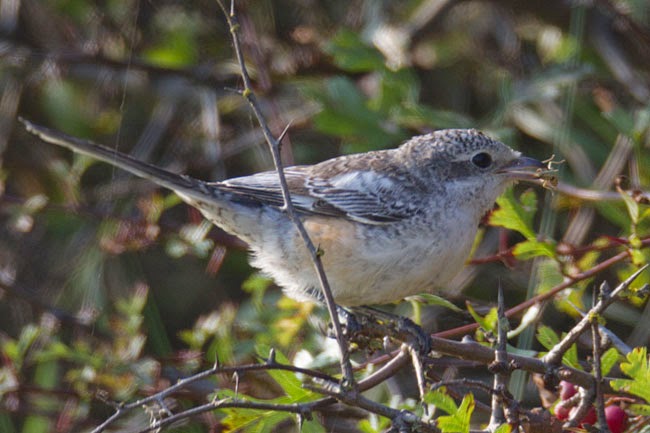 Masked Shrike - Steve Gantlett. More of Steve's fantastic images, mainly from his home area of Norfolk can be seen on his website here


There was a great record on 21st September of a Fea's Petrel tracked as it flew north along the north-east coast from Flamborough Head, east Yorkshire at 08:15 to Holy Island, Northumberland at 18:15 being seen from at least 16 sea watching sites during this period. An account and images can be seen on the Farne Islands blog here.

After a rather prolonged spell of easterlies eventually the first of the major autumn depressions tracking across the Atlantic began to deposit their first Nearctic species on the northern islands from the 25th September onwards (see synoptic chart below).

Atlantic depressions reached the northern islands on 25th September depositing the first Nearctic passerines of the Autumn - more to come in October!

After these depressions Shetland became a place where east truly met the west with a mind blowing array of rarities. From the west came:

While, amongst the more regular eastern scarcities from the east there were the following rarer species:

Birders based on Shetland must have had a fantastic time with perhaps the most stunning and sought after species being the White's Thrush which showed very well at Loch of Brow, some amazing images and videos appeared on the internet. Check out this mega video on Youtube. 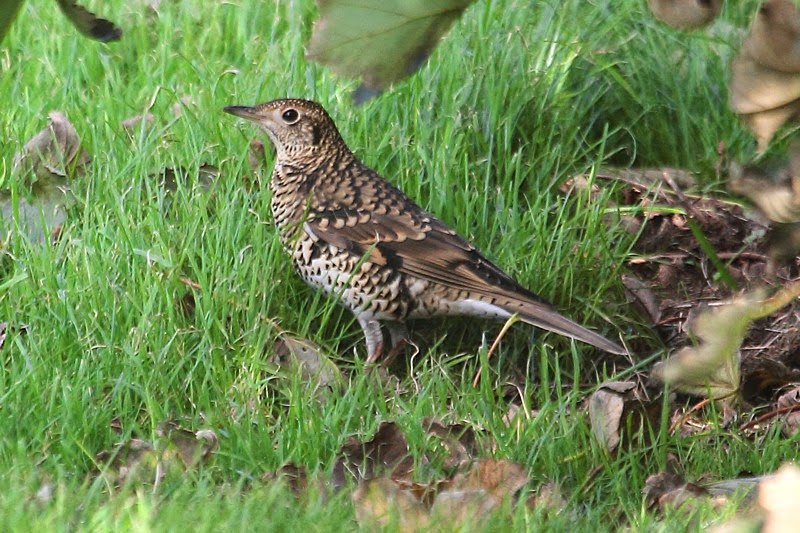 White's Thrush - What a fantastic bird! And a stunning shot by Steve Minton aka the 'Shetland Misfit'. See more of Steves fabulous images on his Shetland Misfit blog here

Finally, a superb male Eyebrowed Thrush was present on North Ronaldsay, Orkney on 30th September. Unfortunately this was just a one day bird, and a species that has been very difficult to get to grips with in the UK which surely would have been widely twitched if it had lingered. Up to the end of 2012 there had been 20 records of Eyebrowed Thrush in the British Isles, these are fairly widely scattered with the Isles of Scilly and having had three records while Shetland has three. This spread is perhaps surpassing given the species eastern origins. The peak month for the species is October with a total of 15 record from this month up to the end of 2012. The last twitchable bird was as far back as 1993 when a 1st winter was present on St. Marys and Tresco, Isles of Scilly from 7th-14th October on St.Mary's, 15th-16th October on Tresco and again St. Mary's on 18th October. Of the 20 records 12 have been one day birds - a trend which many wish to see broken. 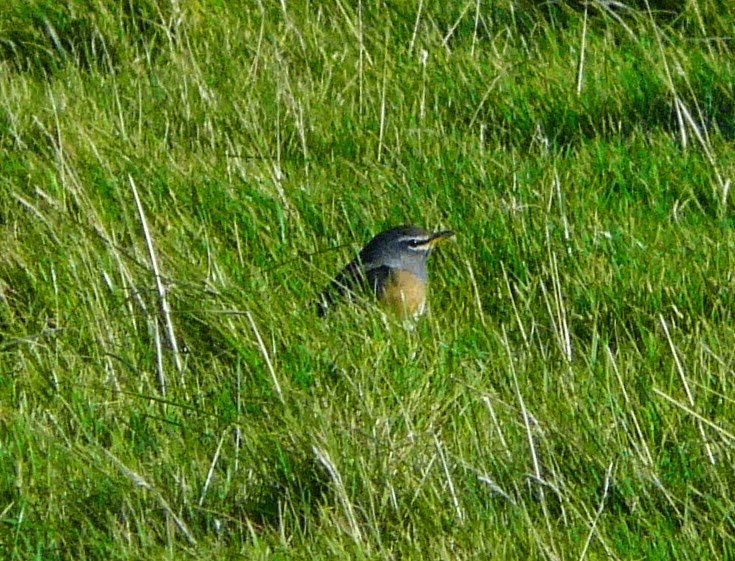 
And so, after a stunning close to September the peak weeks for rares are upon us, what will the winds bring…….

Previous Monthly Accounts Can be viewed here:
Posted by Simon Colenutt at 21:44