My birding has been at a very low ebb of late, the Covid-19 lockdown saw my birding turn to a deskbased project to enter my bird records into eBird, a project to which I have become somewhat addicted, adding UK records from back as far as 1987 and now having entered my foreign trips and their associated photos back almost to 2010. Its truly fantastic to have my records, photographs and sound recordings all at my fingertips in one place rather than scattered through various notebooks and digital forums (such as this blog); although I still have a fair way to go to completion. eBird will now be my main forum for recording my sightings with a summary added to my blog.

The current Bearded Vulture in the Peaks of Derbyshire had me planning a twitch, but on the day before my planned visit I had heard that some selfish idots had pitched themselves on the cliff above the birds roost thereby detering it from coming in that evening, in addition the weather forecast was not favourable with fog and drizzle and so I cancelled. I have to say my motivation to drive four hours and then walk another 1.5 hours or so was fairly low since I have seen the species on multiple occasions arround the World and, at times, almost within touching distance.

Come the 18th July the weather forecast was good and I decided I would be more modest in a birding outing and so headed down to Pennington Marsh and walked a familiar loop out past Shoveler Pools back west to Keyhaven Lagoon and back east along the seawall before finally checking Efford Lagoon. Given that it was mid-July I had not expected a great deal but it was nice to be out on such a fine sunny morning. I arrived at 06:30 and as the tide was coming in and high at 11:07 I expected a few waders. Four Greenshank flying north over the car park on my arrival was a good sign but thereafter the wader highlights were a meagre 45 Dunlin, four Turnstone, 12 Ringed Plover and five Little Ringed Plover. There was, for example, not a single Black-tailed Godwit to be seen. There were no wildfowl, save for Mallard and Shelduck to be seen although two Goosander on the sea were somewhat of a surprise. The only hints of some migration were a single Yellow Wagtail flying west and a 1st year Wheatear along the coastal path. I headed home at just before 09:00 pleased with my mornings birding despite the lack of an obvious highlight. 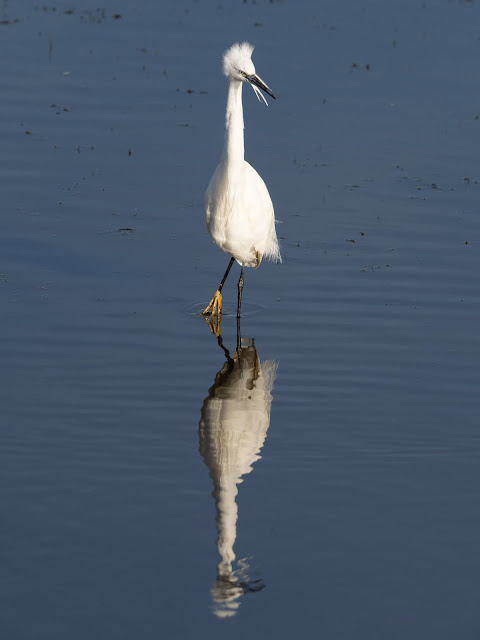 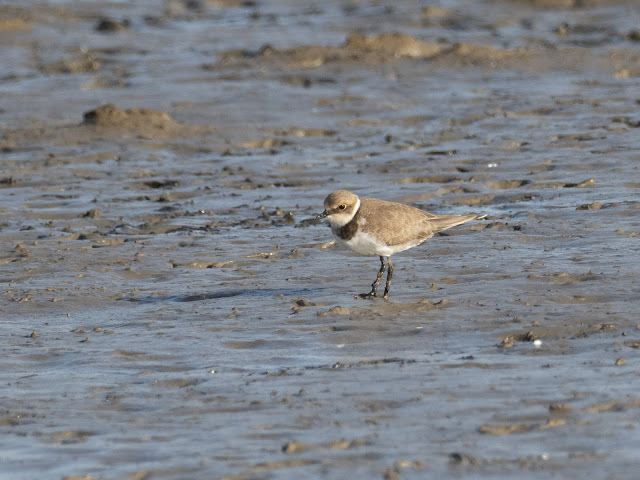 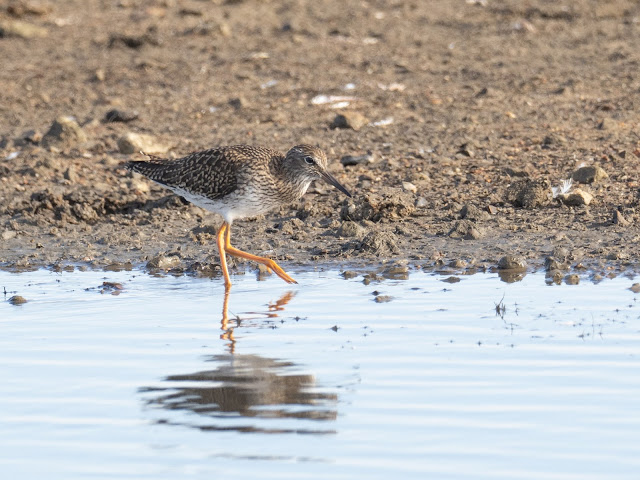 Juvenile Redshank on Fishtail Lagoon, these juvenile birds are responsible for a lot of claims of Wood Sandpiper at this site in July - Pennington Marsh, Hampshire 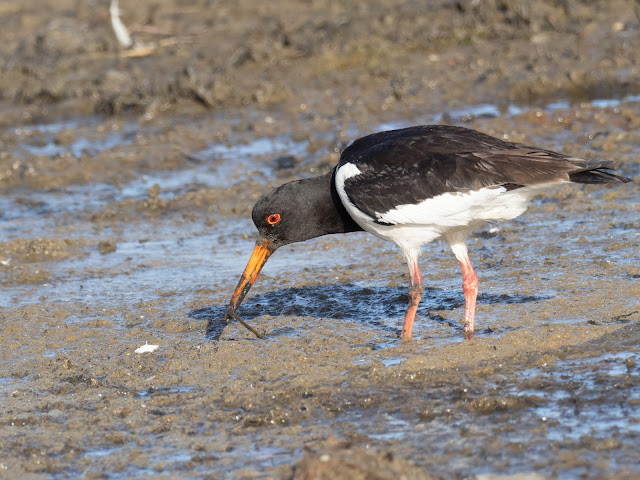 Oystercatcher with an Annelid Worm - Pennington Marsh, Hampshire
Posted by Simon Colenutt at 10:20