My international flight eventually landed at Chennai at 06:30 and around 1.5 hours later than scheduled and so I faced a mad dash through customs to my domestic flight which departed at 08:30 but whose check in closed at 07:50. I was allowed off the plane first and was first to the customs desk but found that for eVisa I needed to be at a different desk. After transferring to the correct desk I was now 4th in the queue but with no customs officers at the desks. I waited and waited and after 15 minutes or so somebody eventually appeared. Fortunately, the people in front of me in the queue allowed me to the desks first and after five minutes I was through to baggage reclaim. It was now 07:00 and I still needed to collect my bags from baggage reclaim, transfer to the domestic terminal, check in and pass through security. Fortunately, my bags were waiting for me and I made a quick dash to the domestic terminal which was only five minutes away, I was then first in the queue for check in and passed through security quickly, it was now 7:45 and I had time to sit and relax and gather my thoughts.

My flight to Port Blair left on time at 08:30 and after 2.15 hours I landed on the Andaman Islands. On arrival I needed to complete a Restricted Area Permit (RAP) which was a mere formality and I was soon out of the airport and had met my driver to take me to the hotel. We drove through the busy town of Port Blair passing bays full of scrapped ships, litter strewn beaches, roads clogged with cars and beeping horns to arrive at the relative tranquillity of the Bay Island Resort (Fortune Group) which was to be home for the next four nights. I chilled on the veranda overlooking Flat Bay, watching White-bellied Sea-eagle drift by and enjoyed a coconut juice and then a cold beer while the staff prepared my room. I then showered and by the time I was dressed the rest of the crew arrived at 12:15 and after catching up we had lunch. This was a rather rubbish Indian take on English cuisine and consisted of a cauliflower cheese with a curry sauce, what we desired was a proper Indian lunch and so we had words with the chef.

At 14:00 we left the hotel and birded forest around Chidiyatapu an area of picturesque coastline with mangroves and native forest approximately 25km south of Port Blair. It was very hot and humid perhaps 80% humidity and around 29c. I saw my first endemic species such as Andaman Drongo and Andaman Green-pigeon plus Vernal Hanging-parrot, Green Imperial-pigeon, Long-tailed Parakeet of the endemic subspecies and a potential split as Andaman Long-tailed Parakeet and Red-breasted Parakeet. It was nice forest but with lots of traffic on a single file road and much pomping of horns and a great deal of time was spent dodging the cars. As the sun set we moved back into the outskirts of Port Blair and entered the grounds of the Government Secondary School, positioning ourselves to the south of the building we awaited the emergence of a roosting Barn Owl, here of the subspecies deroepstorffi and a potential split as Andaman Barn Owl. As darkness enveloped us we heard the bird call at 17:30 and a few minutes later the bird dropped from the roof of the school and was gone. We then headed onto an area of scrub on the edge of town known as Sippy Ghat to look for Andaman Nightjar. Soon after we left the car we heard the bird calling above the sounds of the local disco but had no luck in seeing it. After being eaten by mosquitos we headed back to the hotel for 20:00 for a superb Indian buffet and beer. 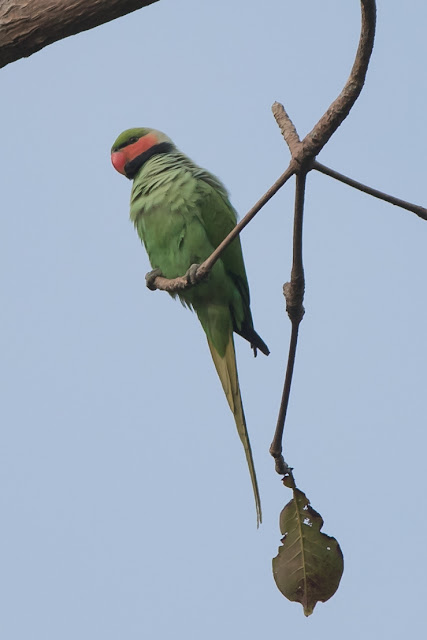 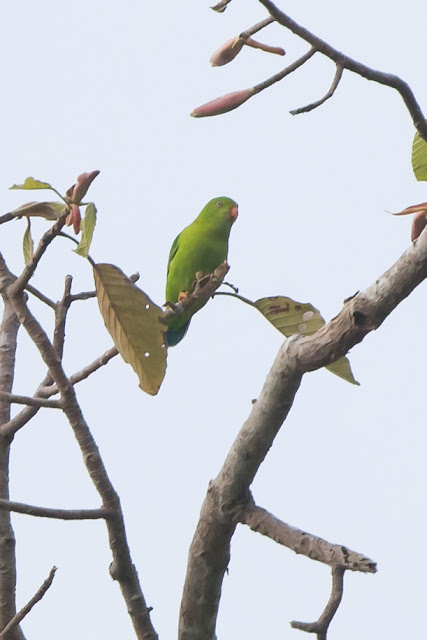 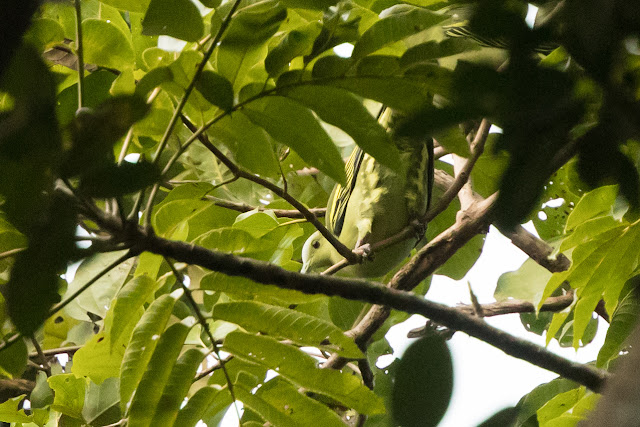 Links to Other Days of the Trip (Click to View)
Posted by Simon Colenutt at 12:00