I have been saving my birding brownie points this year for a few short foreign trips to add some ticks to my world list. First up was a long weekend to Extremadura for a few European tarts ticks and some recent splits with a potential four ticks on the cards, these were Spanish Imperial Eagle, Iberian Green Woodpecker, Great Bustard and Iberian Azure-winged Magpie. In addition I was keen to see Little Bustard which I have seen only once before (distant views of the Sopley bird on 1st January 1987), Black-bellied and Pin-tailed Sandgrouse and Black-winged Kite. Plus of course a range of other species such as Black Wheatear, Thekla Lark, Calandra Lark, Eagle Owl etc.

Logistics
I was to be birding alone so to make life easier for driving, finding sites, seeing birds and general logistics I decided to hire a private guide. I contacted Santi Villa at Spain Birds who recommended that I use one of their guides, Richardo Montero, on a private basis. Ricardo operates Extremadura Birding and he made all the ground arrangements and did all the driving, he charged 200 Euros per day and was excellent, he knew the sites for the birds and had up to date information on the interesting birds to see. His English is moderate (far better than my Spanish) and while there were moments when we struggled to understand what each other was saying we got by fine. I would definitely recommend Richardo as a guide to the area. His details are:

16th January
I was up at 04:00 this AM and left home at 05:00 for my 09:15 flight from London Heathrow to Madrid operated by Iberian Air. I arrived at the airport in good time and spent a couple of hours relaxing. The flight left on time and I arrived in a sunny but cold Madrid at 11:45 local time, Madrid being one hour ahead of UK time. I met with Ricardo and we headed out through the sprawling suburbs of Madrid seeing Red Kite, White Stork, Griffon Vulture, Spotless Starling, Iberian (Southern) Grey Shrike and Black Redstart as roadside birds. First stop was at Caleras y Chozas, an uninspiring looking area of arable and fallow land dotted with silos, grain processing factories and derelict buildings but with a back drop of the snow capped Sierra de Gredos mountains in the distance. The first stop produced a field rammed with Spotless Starling, Corn Bunting, Rock Sparrow, Spanish Sparrow, Sky Lark and Crested Lark and as we drove it became apparent that these fields supported a large number of birds - numbers not seen in UK farmland. We birded by driving and stopping this area and the next stop was an insignificant road junction, where Ricardo had previously seen Black-bellied Sandgrouse. As I got out of the car I almost immediately spotted a flock of birds in the adjacent field, what were they, it didn't click, Golden Plover, no, bloody hell, Little Bustards, Ricardo counted approximately 250 birds. We watched for a while as they went about their business and then, as is a birders will, we tried to get better views by driving down the road past the birds, turned the car and then came back to them to get some better light. We stopped, I ran off a few shots and up they went with a peculiar whistling/buzzing sound to their wings, they climbed and gave superb views as the entire flock passed over head. Stunning! We continued our drive around the field seeing more of the same passerines, adding Sardinian Warbler and Zitting Cisticola to the list. A lunch stop was due and Ricardo produced a superb Iberian ham sandwich and while I ate and scanned I picked up a distant group of 14 male Great Bustard. Again we tried to manoeuvre to get better views but these birds were distant in the middle of fields. They eventually took flight, not as a result of us, and disappeared from view - I bookmarked this species for better views.

We then headed off to the Holm Oak clad hills near to Valdecanas del Tajo where we spent the last two hours or so of daylight birding. In this area the main target was Black Wheatear and after a while we eventually found a cracking male singing high up on a rock face. Other birds here were rather fleeting views of Iberian Azure-winged Magpie, Crag Martin, Rock Bunting and Serin amongst a range of common woodland species. A small cave produced 12 roosting Greater Horseshoe bat at eye level.

As it got dark we headed off to our accommodation, Casa Rural el Tenado in the village of La Aldea del Obispo and much needed dinner, glass of red wine and bed. 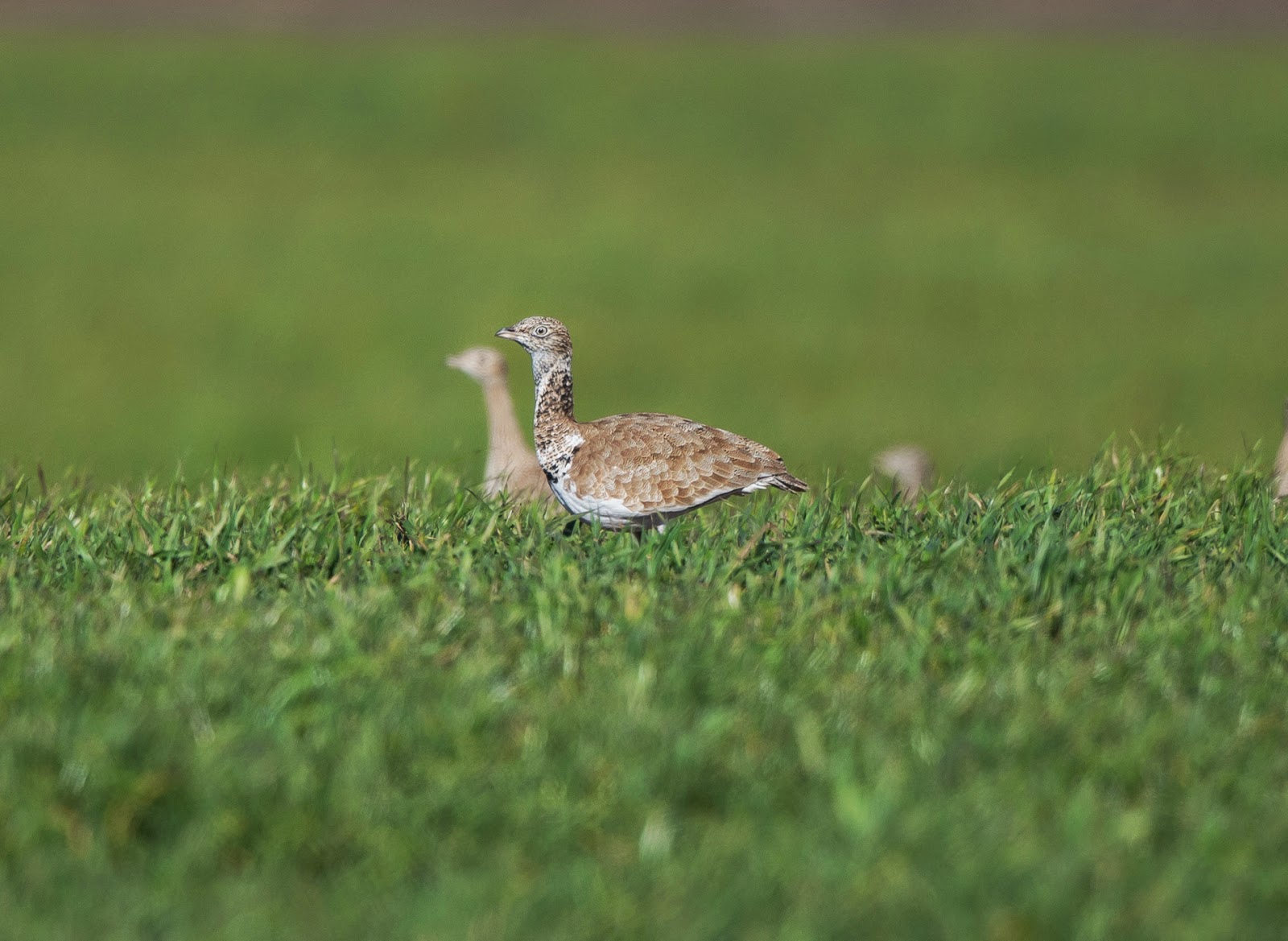 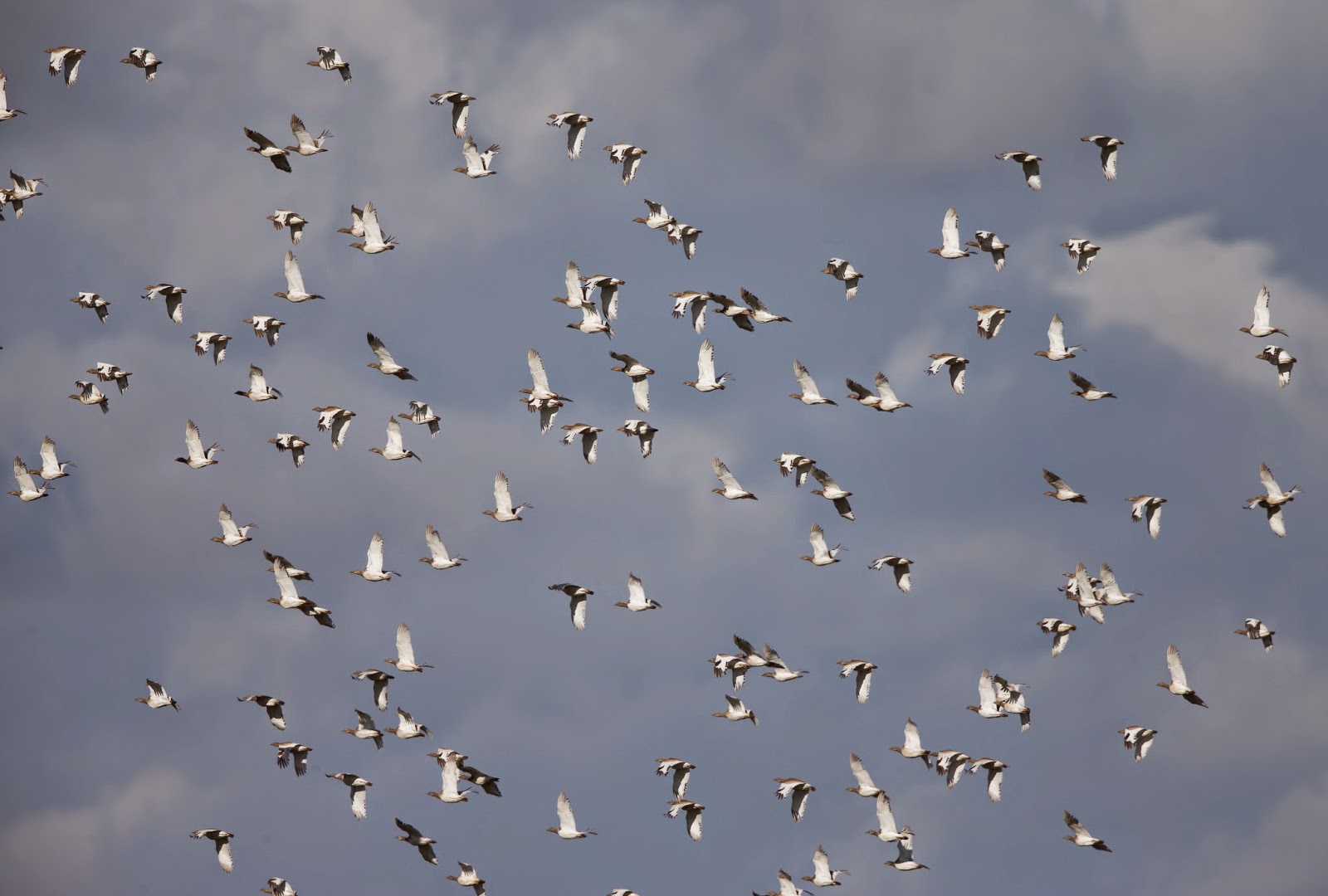 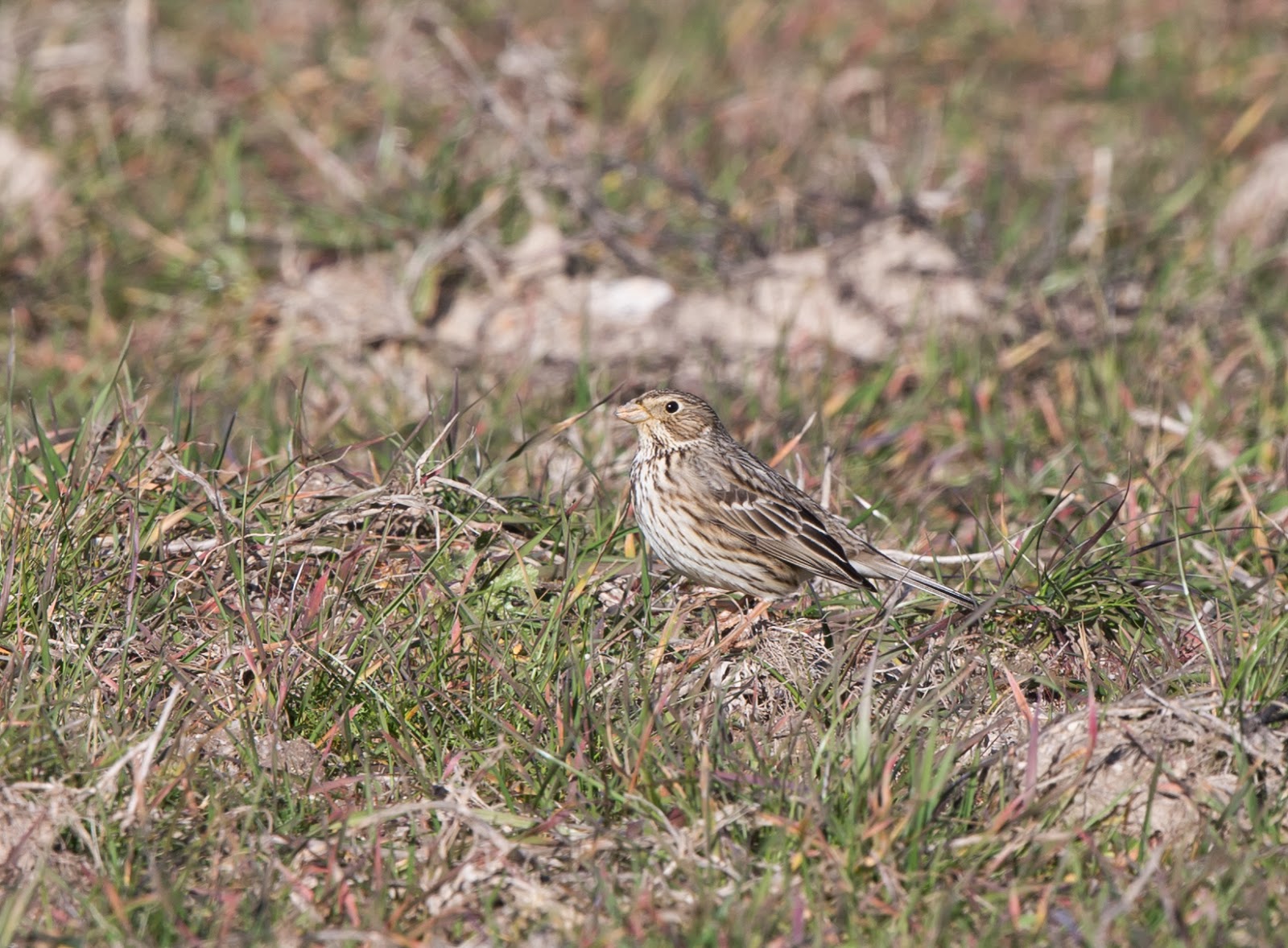 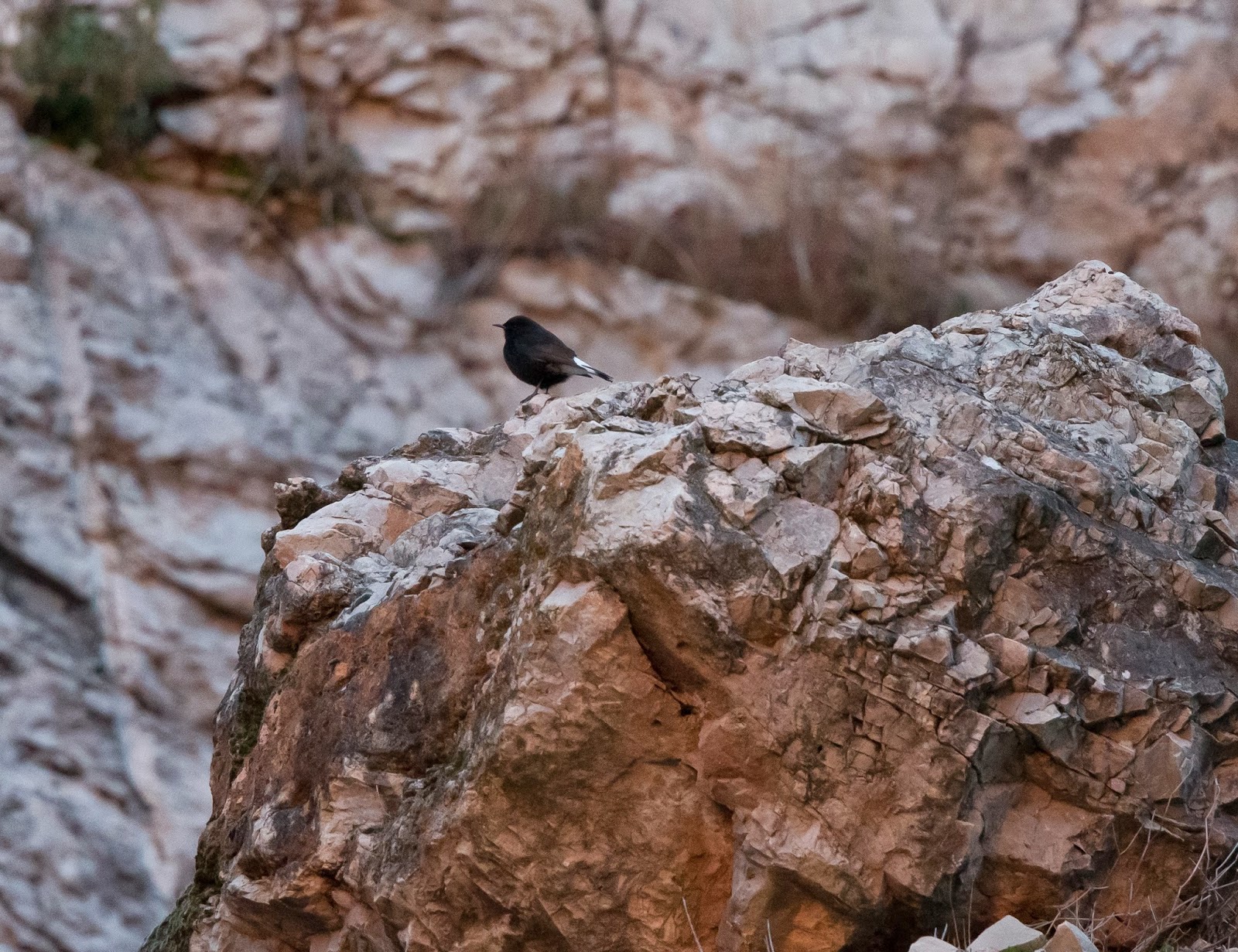 Here are the links to the other days of the trip: