Introduction
This is my summary of what I consider to be the most exciting records from the UK in August 2014, this is not aimed at being a comprehensive account of all the rare's in the UK in this month, for such accounts see the Birdguides review of the week or the Rare Bird Alert weekly round-up. I am largely writing this as a personal record of UK records and sightings to aid my knowledge and feed my interest in UK bird records. I aim to publish the previous months records in the first week or so of the following month. The photographs that I used have been gleaned from the internet, I aim to provide the photographer with full credit and a link to their website or blog, if you see that one of yours has been used and you object to this then please email me and I will remove it immediately, alternatively if you would like to supply a better image or additional information or links then I will add. Contact me at simon@ecosa.co.uk

Weather
A summary of the weather for August 2014 can be found here. 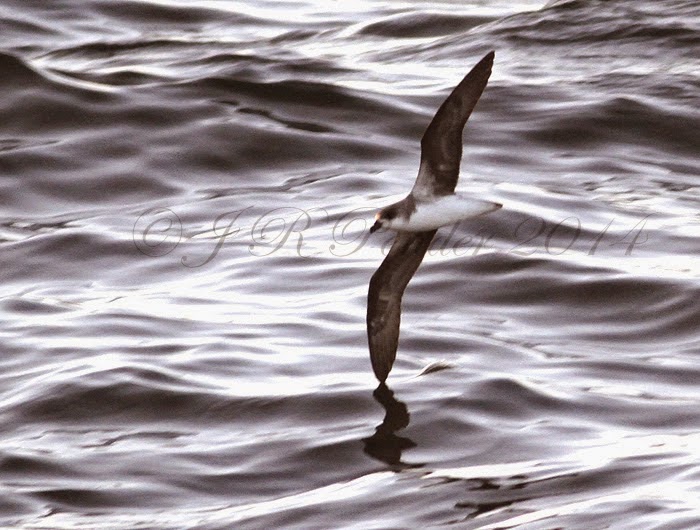 Fea's Petrel by Joe Pender from the Sapphire Pelagics. Joe's pelagic trips onboard the Sapphire are an excellent way of getting to grips with some great seabirds and Blue Shark


The megas of the month started with the Swinhoe's Storm-petrel being trapped on the night of 1st August on Fair Isle for one last time. There were also reports of the species at Bridges of Ross, County Clare on 25th August and at Kerry Head, County Kerry on 28th August. Could these records all relate to the same individual?

The Black-winged Pratincole seen on the Ouse Washes from 19th-27th July was relocated on 2nd August and had clearly been present throughout. It was last seen here on 9th August.

Thereafter, the month was filled with possibles and probables with possible Short-toed Eagle report in East Sussex and Lincolnshire on 9th and 22nd respectively, a possible Scopoli's Shearwater photographed off the Isles of Scilly on 8th, a possible Greater Sand Plover at Meath on 13th, a possible North Atlantic Little Shearwater at Flamborough on 23rd, a possible Bulwer's Petrel at Old Head of Kinsale on 25th, a possible Eleonora's Falcon at Thetford on 27th and a possible Isabelline Wheatear on the Outer Hebrides on 29th but none of these materialised into a good solid record.

A popular Eastern Subalpine Warbler was at Landguard Nature Reserve on 30th and 31st an interesting write-up can be viewed here on the Felixstowe Birding website under the account for these two days. While on 2nd September this interesting report of DNA studies of two Subalpine Warblers on Fair Isle in Spring 2014 showed that a bird identified as an Eastern Subalpine Warbler was of the race cantillans, the first of this race from southern Italy to be confirmed in the UK. While another bird tentatively identified as a Western Subalpine Warbler was identified as Britain's second Moltoni's Warbler, the only other accepted record being a bird from St. Kilda and subsequently identified from DNA from 1894. Moltoni's Warbler breeds on Corsica, Sardinia and northern Italy. The results of the Fair Isle DNA analysis surely begs the question of how certain can we be of some of these less clear cut Subalpine's appearing in the UK, surely a cautious approach and preferably DNA sampling is required? 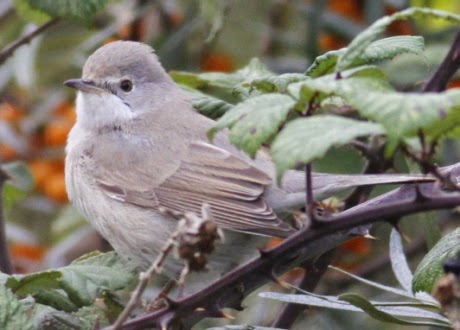 
Previous Monthly Accounts Can be viewed here:
Posted by Simon Colenutt at 19:27